A controversial UK court decision to force a disabled woman to have an abortion has been overturned on appeal.

In a decision reportedly reached June 24, the English Court of Appeal, consisting of Lord Justice McCombe, Lady Justice King and Lord Justice Peter Jackson, overturned the previous ruling of the Court of Protection.

According to Press Association reports, the judges said they would issue a full explanation of their decision at a later date, but that the circumstances of the case were “unique.”

Mrs Justice Nathalie Lieven imposed the original decision on June 21 in the Court of Protection in England, which hears cases involving the legal and personal affairs of people judged to have diminished mental capacity.

Lieven ruled that a forced abortion was “in the best interests” of the pregnant woman, over the objections of the woman herself, her mother, and her social worker. The woman, who has not been identified, is reportedly in her 20s and is of Nigerian descent. Both she and her mother are Catholic, and the court heard that they objected strongly to the abortion on religious grounds.

The decision on appeal comes after thousands of people signed a petition urging U.K. Health and Social Care Secretary Matthew Hancock to intervene in the case.

Two Catholic bishops in the U.K. had also spoken out against the decision. 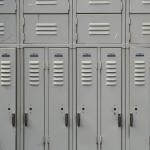 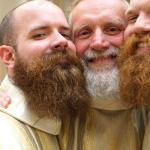 June 25, 2019 Father Grows Best: Behold, Priests With Beards
Browse Our Archives
get the latest from
Catholic
Sign up for our newsletter
POPULAR AT PATHEOS Catholic
1