Why does it appear more priests and seminarians have beards?

While heading to the Little Red River at Pangburn for a short fishing trip June 10, Fathers Patrick Friend and Jeff Hebert contemplated one of the more perplexing religious questions that has likely been on the minds of those they’ve encountered lately — their beards.

And not just the run-of-the-mill scruff, but more like Moses who just came down off of Mount Sinai.

The two tried to come up with a spiritual justification for their bushy chins, looking to the Church Fathers.

There was St. Augustine who said, “The beard signifies the courageous; the beard distinguishes the grown men, the earnest, the active, the vigorous. So that when we describe such, we say, he is a bearded man.”

St. Clement of Alexandria had a long spiel about the manliness of beards, saying in part that God “has adorned man, like the lions, with a beard, and endowed him, as an attribute of manhood, with a shaggy chest — a sign of strength and rule.”

“That is my reason for having a beard. I want to be like a freaking lion,” Father Friend said, adding “All that being said, we just totally are not shaving.”

The priests, who were ordained in 2018, grew their beards out throughout seminary as a competition, generally shaving in the spring. After their ordination, they decided to keep it.

“Patrick grew his out first and I wanted to beat him. It was a beard-off,” Father Hebert said.

Priests, monks and seminarians around the state have been sporting some facial hair for reasons that vary from competition to solidarity. 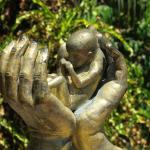 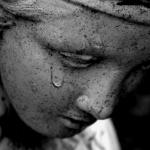 June 25, 2019 That Forced Abortion Case? It Gets Worse.
Browse Our Archives
get the latest from
Catholic
Sign up for our newsletter
POPULAR AT PATHEOS Catholic
1