Corpus Christi: ‘It Is Astounding to Consider What Bread Can Become’

Corpus Christi: ‘It Is Astounding to Consider What Bread Can Become’ June 21, 2019 Deacon Greg Kandra

A few thoughts from my first Corpus Christi homily, from 2007:

When I was young and first living on my own – way back before I was married – I decided to try and teach myself to cook. The “man-sized” TV dinners weren’t cutting it. So I got a couple of cookbooks, including one called “Cooking for Men,” which included recipes for things like meat loaf, chili and pot roast.

But the most adventurous thing I attempted was trying to bake bread. I don’t know why I thought this was something I needed to know how to do, but I thought I’d give it a shot. If you’ve ever tried this, you know: it’s an all day affair. You take the ingredients and knead the dough and then you knead it again and then you have to wait for it to rise and then you have to actually bake it.

It took hours. And when I was done, I later told a friend about it. He listened very politely and then replied, “You know, Greg, they sell that already made at Safeway. It’s in little plastic bags and it’s called Wonder Bread. You should try it.”

That was more or less the beginning and end of my career as a baker.

But — speaking of Wonder Bread — there is something wondrous about it. The smell, the texture, even the flavor of just-baked bread is unlike any other experience. And if you add butter or jelly or even use fresh bread to make a sandwich, well, it’s transformative. It is truly astounding to consider what bread can become.

And that, I think, is the point of this feast, Corpus Christi, the feast of the Body and Blood of Christ.

It is astounding to consider what bread can become.

The work it takes to bake a loaf of bread can’t begin to compare with what has gone into creating the Eucharist. It is the labor of a lifetime – Jesus’s lifetime – and all that He taught and lived and suffered and died has been poured into that sanctifying moment when bread becomes His body. By the hands of the priest and the grace of God, the mundane becomes a miracle.

And when we receive that miracle, we are transformed. We bring God into us, and He becomes us.

It is more just than transubstantiation – that massive word the nuns taught us in grade school that describes what happens on the altar.

It is nothing less than a resounding echo of The Incarnation.

It has been said that God became man so that man might become God. In the miracle of the Eucharist, we experience it, and relive it.

Yes: It is astounding to consider what bread can become.

What began on Holy Thursday with a few people in an upper room now feeds multitudes around the world. Jesus continues to give, and give us Himself.  God comes to us under the appearance of bread.

But a lot of us – for whatever reason – refuse to believe in something that sounds so unbelievable.

In 1995, a Gallup poll reported that only 30 percent of Catholics – less than a third — believe in the Real Presence, that the bread and wine truly become the body and blood of Christ. Another 30 percent said that they believe it’s just a symbol.

I wish they could see what I’ve seen.

A few years ago, my wife and I had the good fortune to make a pilgrimage through Italy. One of the stops was in a town called Lanciano…

Read on to find what I saw there. 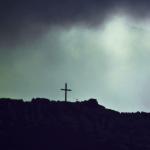 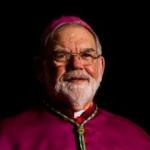 June 22, 2019 Texas Auxiliary Bishop Accused — but 'Efforts to Identify' Accuser Have Failed
Browse Our Archives
get the latest from
Catholic
Sign up for our newsletter
POPULAR AT PATHEOS Catholic
1 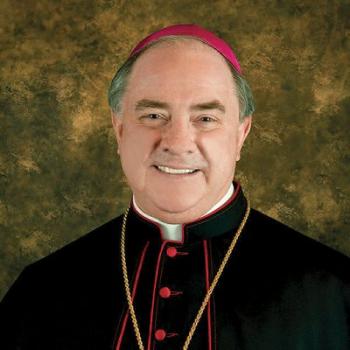 Catholic
To save a life: bishop donates his bone...
The Deacon's Bench