For D-Day: The Story Behind One of the Greatest Speeches of Our Time

For D-Day: The Story Behind One of the Greatest Speeches of Our Time June 5, 2019 Deacon Greg Kandra

It was the speech President Reagan gave at Pointe du Hoc 35 years ago, and The Washington Post has the story behind it:

The task of writing Reagan’s address was given to a precocious 33-year-old speechwriter named Peggy Noonan, one of seven children of an Irish Catholic family from Brooklyn. Her father was a furniture salesman. The family later lived above a candy store in New Jersey. She had once worked as a waitress.

She also had a degree in literature, had minored in journalism, and kept a copy of the Bible and Ezra Pound’s “Cantos” by her when she worked.

What she produced was brilliant.

“For sheer oratorical elegance,” historian Douglas Brinkley wrote, it would become “one of the most inspirational presidential speeches ever delivered.”

In June 1984, Noonan had been at the White House about three months and had never met the president. But she adored Reagan, got a keen sense of the drama of D-Day and was terrific with words.

“A speech is a soliloquy,” she would write later. “One man on a bare stage with a big spotlight . . . part theater and part political declaration.”

It was also “poetry: cadence, rhythm, imagery, sweep!” she wrote.

But it was also an official presidential address, and Noonan had to pack a lot into it.

“A good speech is really a sausage skin,” she wrote. “The stronger it is the more you shove in.”

In her 1990 book, “What I Saw at the Revolution,” she wrote that she paced around the Washington Monument, read books about D-Day and pondered.

She would borrow several rich scenes from Cornelius Ryan’s classic D-Day history, “The Longest Day.” She would use a line from the British poet, Stephen Spender: You “left the vivid air signed with your honor,” she would have Reagan say.

Then, she had a revelation.

She knew that Pointe du Hoc veterans would be in the crowd to hear the speech. But she had not known until she learned from a colleague that they would all be sitting together right in front of the president when he spoke.

“I was indignant,” she told the Atlanta Journal-Constitution in 2004. “How could you not tell me?”

Reagan must address them directly.

At the bottom of page 2 of her May 21 typed draft, the sentence, “We have here today some of the survivors of the battle of Point du Hoc, some of the Rangers who took these cliffs,” is crossed out.

Handwritten over it, in neat printed script, are the words, “These are the boys of Pointe du Hoc.”

It was the greatest line in one of Reagan’s greatest speeches.

And read the speech itself. It is still a stunner:

The men of Normandy had faith that what they were doing was right, faith that they fought for all humanity, faith that a just God would grant them mercy on this beachhead or on the next. It was the deep knowledge — and pray God we have not lost it — that there is a profound, moral difference between the use of force for liberation and the use of force for conquest. You were here to liberate, not to conquer, and so you and those others did not doubt your cause. And you were right not to doubt.

The Americans who fought here that morning knew word of the invasion was spreading through the darkness back home. They fought — or felt in their hearts, though they couldn’t know in fact, that in Georgia they were filling the churches at 4 a.m., in Kansas they were kneeling on their porches and praying, and in Philadelphia they were ringing the Liberty Bell.

Something else helped the men of D-day: their rockhard belief that Providence would have a great hand in the events that would unfold here; that God was an ally in this great cause. And so, the night before the invasion, when Colonel Wolverton asked his parachute troops to kneel with him in prayer he told them: Do not bow your heads, but look up so you can see God and ask His blessing in what we’re about to do. Also that night, General Matthew Ridgway on his cot, listening in the darkness for the promise God made to Joshua: “I will not fail thee nor forsake thee.” 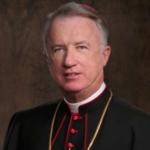 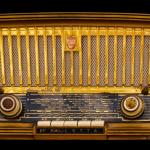 June 6, 2019 Vatican to Launch Weekly News Program — in Latin
Browse Our Archives
get the latest from
Catholic
Sign up for our newsletter
POPULAR AT PATHEOS Catholic
1