In part of a longer article Sunday on the politics of abortion, readers may have been surprised to encounter this:

There are still some opponents of abortion barely hanging on as Democrats. “I’m really sad because I don’t want to be a Republican,” said Jeannie Wallace French of Pittsburgh, who has worked with groups like Feminists for Life, which oppose abortion but are less partisan than many mainstream groups. She was pregnant with twins when she said the doctors discovered one had a form of spina bifida and advised her to abort. She declined and the baby, a girl, died shortly after birth. But doctors were able to use her heart valves to save two other infants.

She worries that stories like hers are getting drowned out. “It has become so loud, going both ways,’’ she said. “And the divide is only getting bigger.”

Liz Allen, a Democratic member of the Erie City Council who calls herself “anti-abortion but pro-choice,” said she wishes her party encouraged women with a wide range of experiences around pregnancy to speak up. She arrived at her own “nuanced” position about abortion, she said, after two traumatic moments: a first-trimester miscarriage and, later, the death of her adult son. “That, to me, wasn’t a person,” she said of her miscarriage, contrasting it to her son’s death. But she said she could understand how some women might feel that way.

“This is being framed as a health care discussion, but in other health care discussions we are talking about the moral issues involved,” Ms. Allen said. “Why can’t we acknowledge that this is a moral question and that women have the moral agency to decide this. But let’s not dismiss it as nothing, like you’re going to have a tooth pulled.”

About one in three voters in Pennsylvania is Catholic — higher than the national figure of about one in five. Catholic voters there turned out at the highest rate of the three states Mr. Trump won by a threadbare margin of 77,000 total votes, according to exit polls.

Most Catholics, said Steven Krueger, president of the Catholic Democrats, are like most other Americans in that they do not accept the Church’s political hard line on abortion. But they do wrestle with it morally and expect politicians will, too. “It isn’t only a question of what their churches teach, it’s also an instinct,” he said.

Both political parties are doing a poor job of connecting with the sensibilities of Americans who “are both pro-life and pro-choice,” Mr. Krueger said. And the result is a situation where “a lot of people are feeling like orphans on this issue.” 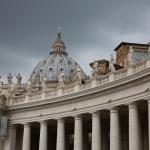 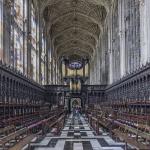 June 17, 2019 When a Father Brought His Autistic Son to Church — UPDATED with apology
Browse Our Archives
Follow Us!

"Don't Hide from the Sins of Saint Louis"
I'm in America: I will pour forth tears until like a river...
view all Catholic blogs
Copyright 2008-2020, Patheos. All rights reserved.