Survey Shows U.S. Catholics Among the Most Supportive of Transgender Rights

This news caught my eye this morning:

About three-quarters (76%) of Democrats report they have become more supportive of transgender rights in the last five years, compared to 64% of independents and only 47% of Republicans. Notably, increased support crosses ideological divides within the parties. Conservative Republicans (40%) stand out as the only ideological group with less than half reporting increased support for transgender rights.

Though majorities of every age group report increased support for transgender rights over the last five years, young Americans ages 18 to 29 (68%) are more likely than seniors ages 65 and older (56%) to report this shift.

Nearly two-thirds (64%) of women, compared to 56% of men, oppose adoption agencies refusing service to gay and lesbian couples based on religious objections. White Americans (63%) are more likely than nonwhite Americans (55%) to oppose this policy.  More than six in ten of the religiously unaffiliated (65%), Catholics (63%), white mainline Protestants (61%), and white evangelical Protestants (59%) oppose this policy.

You can read the full survey results here.

This comes as the Vatican has released a new document on the subject of gender ideology:

In a document published June 10, the congregation said the Catholic Church and those proposing a looser definition of gender can find common ground in “a laudable desire to combat all expressions of unjust discrimination,” in educating children to respect all people “in their peculiarity and difference,” in respecting the “equal dignity of men and women” and in promoting respect for “the values of femininity.”

And while great care must be taken to respect and provide care for persons who “live situations of sexual indeterminacy,” those who teach in the name of the Catholic Church must help young people understand that being created male and masculine or female and feminine is part of God’s plan for them.

The document, “Male and Female He Created Them: Toward a Path of Dialogue on the Question of Gender Theory in Education,” was signed by Cardinal Giuseppe Versaldi, prefect of the education congregation, and Archbishop Angelo Zani, congregation secretary.

The document recognized a distinction between “the ideology of gender,” which it said tries to present its theories as “absolute and unquestionable,” and the whole field of scientific research on gender, which attempts to understand the ways sexual difference is lived out in different cultures.

…While claiming to promote individual freedom and respect for the rights of each person, the document said, those who see gender as a personal choice or discovery unconnected to biological sex are, in fact, promoting a vision of the human person that is “opposed to faith and right reason.”

“The Christian vision of anthropology sees sexuality as a fundamental component of one’s personhood,” the document said. “It is one of its modes of being, of manifesting itself, communicating with others, and of feeling, expressing and living human love.”

The document insisted that modern gender ideology and the idea that one chooses or discovers his or her gender go against nature by arguing that “the only thing that matters in personal relationships is the affection between the individuals involved, irrespective of sexual difference or procreation, which would be seen as irrelevant in the formation of families.” 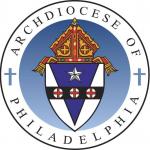 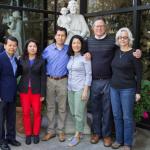