A gay rabbi-in-residence at a Catholic university?

As we say in Queens: oy.

From The Jewish News:

“Let me be your rabbi!” declares Camille Shira Angel, the first rabbi-in-residence at the University of San Francisco, a Jesuit Catholic institution, where she has been a longtime adjunct professor in the Swig Program in Jewish Studies and Social Justice.

In August, Angel will assume her new position with the Swig Program and University Ministry, officiating at Jewish lifecycle events and offering spiritual support to Jewish and non-Jewish students alike.

The ministry’s director, Julie Dowd, said the residency was designed for Angel, who has been teaching an ethics course called “Queering Religion” for several years. The class covers the history of interaction between religious and LGBTQ communities.

Angel is a fifth-generation rabbi from Los Angeles known for blending Jewish spirituality and progressive activism. She is the former spiritual leader of LGBTQ Congregation Sha’ar Zahav in San Francisco.

Angel told J. she is committed to creating a welcoming environment for all, regardless of faith or sexuality.

With her role at USF, “I have fallen in love with Judaism all over again. I have the opportunity to share its genius, creativity and ability to adapt and be strategic,” Angel says. “I also get to show my students how we ask the hardest questions about issues where the tradition doesn’t fit and how we authentically respond with our values.”

USF is Jesuit, an order of Catholicism rooted in St. Ignatius’ values of common good and service to the poor, but there is a diversity of religious beliefs on campus.

Angel seeks to “bring an intergenerational gift” of LGBTQ Jewish knowledge into the classroom and ministry.

“I feel that my congregation is without walls. Everyone needs a rabbi, and you don’t have to be Jewish.” 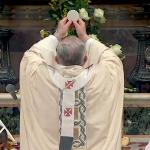 July 22, 2019
Bishop mandates an ad orientem Mass at cathedral, encourages it across the diocese
Next Post 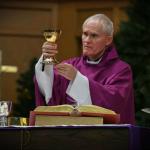 July 23, 2019 Baltimore's Auxiliary Bishop Brennan named to replace Bransfield in West Virginia
Browse Our Archives
get the latest from
Catholic
Sign up for our newsletter
POPULAR AT PATHEOS Catholic
1