‘As a parishioner, I feel violated by what the Archdiocese of Detroit has done…’

‘As a parishioner, I feel violated by what the Archdiocese of Detroit has done…’ July 12, 2019 Deacon Greg Kandra

A parishioner at Detroit’s Assumption Grotto (and longtime Friend of the Bench) Diane Korzeniewski posted on Facebook this morning her response to the removal from ministry of Father Eduard Perrone earlier this week.

I reprint it below with her permission:

I’m still trying to wrap my head around the Archdiocese of Detroit irreparably destroying Fr. Perrone’s reputation, at an international level, in less than 24 hours by feeding his name to the wolves well before it would have been necessary.

All it took was a single, alleged accusation of groping 30+ years earlier in a case of supposed repressive memory at an event where many other kids and adults were – fully clothed. The whole thing smells of a set up. I know there are cases of priests who committed sins that cry out to heaven for vengeance. Those are obvious and we see evidence of pattern of other abuses. That’s not the case here.

These repressed memory cases are no longer considered reliable in courts today, but the Archdiocesan panel of four lay people felt it was enough to prompt a canonical investigation which can take years. In the meanwhile, he’s under “temporary restrictions”. The State isn’t even pursuing criminal charges, from what we hear.

The Archdiocese should have left Fr. Perrone’s name off the public list unless a fuller investigation deemed it more likely than not that something happened. Instead, they used the low-bar of a “semblance of truth” to feed their brother priest to the wolves in the media. In less than 24 hours, I saw headlines in multiple languages on different continents.

As a parishioner of Assumption Grotto, I feel violated by what the Archdiocese of Detroit has done. I’m not allowed to even talk to my pastor and friend of 15 years. He’s not allowed on the property of the parish he’s served for 25 years. We cannot even hold a Holy Hour in his name at the parish. The way the AoD handled this was not only an abuse of Fr. Perrone, but an abuse of his flock.

I’m afraid our bishops and priests involved in leadership and administration have forgotten they are priests and not business people and lawyers. It’s as if they have allowed themselves to be tools of the world by following secular protocols even when those protocols are contrary to Catholic teaching. Everyone has a right to their good name. I’m afraid they have become tools of the devil by not using more discretion when there are obvious red flags. How can the people not look with suspicion upon those involved?

I believe, unequivocally, in Fr. Eduard Perrone’s innocence, which he’s vigorously defended before being silenced. Scores of current and former altar boys are signing testimonials that they never seen or even heard anything like that which is alleged.

It’s bad enough the Archdiocese fed his name to the press over a “semblance of truth”; they don’t tell us he’s defending his innocence. We had to learn that from the Associated Press. When asked why, we are told it’s not the process. Well, fix the damn process; you own it.

Some may think I’m just too close to my pastor and should let it play out to see where it leads. That’s not the point. The canonical investigation could have been done without publicly naming him – a recommendation of the Holy See.

No priest can ever get his name and reputation back once a mere accusation is made. How many of us face such a threat? Can you imagine your brother, son, father – going down because someone woke up one day and ‘remembered’ being groped by them 30 years earlier? I was fondled by a contract worker early in my employment and you don’t forget stuff like that. I didn’t wait 30 days let alone 30 years. I reported it, especially after discovering he did it to others. The bosses took care of it. That was the end.

I’m oddly calm and reflective when I should be an angry basket case. But, this is exactly the kind of grace that comes when you know whats behind it and how to confront it (Matthew 17:14-21).

As sure as I am writing this, I’m probably more concerned with Fr. Perrone’s good name than he is. In fact, knowing him as I do, he is surely offering his suffering up for those persecuting him in the world and in the chancery. He values their souls more than his good name. For that reason, I too will pray for them.

I’m sure we haven’t heard the end of this story. Stay tuned. Pray for all concerned. 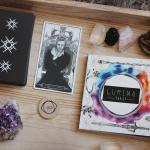 July 11, 2019
How Millennials Replaced Religion with Tarot Cards and Crystals
Next Post 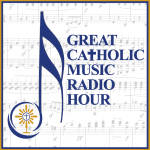 July 12, 2019 They're Playing Our Song: Great Catholic Music to Stream Online
Browse Our Archives
get the latest from
Catholic
Sign up for our newsletter
POPULAR AT PATHEOS Catholic
1