God What?: The OTHER Thing President Trump Said at That Rally

God What?: The OTHER Thing President Trump Said at That Rally July 20, 2019 Deacon Greg Kandra

A few people have picked up on it, and The Charlotte Observer has details:

The controversial “send her back” crowd chant at President Donald Trump’s North Carolina rally may have gotten all the headlines, but some Christians are grumbling over something most of the media completely ignored.

Trump cursed, and it was not just a few vulgarities. He took the Lord’s name in vain.

One state senator in West Virginia was so offended that he sent a letter of rebuke to the White House Thursday, pointing out Trump’s ”terrible choice of words“ during the Greenville rally.

Senator Paul Hardesty of West Virginia’s seventh district — which is coal country — started by admitting he is a conservative Democrat who supports Trump and his pro-coal policies.

“I am, however, appalled by the fact that you chose to use the Lord’s name in vain on two separate occasions, when you went off the prompter during your speech,” he says in his letter.

“There is no place in society — anywhere, any place and at any time — where that type of language should be used or handled. Your comments were not presidential,” he wrote.

Hardesty concluded by asking Trump to reflect on his comments and curb his cursing. “Please remember Mr. President, in the United States of America, ‘In God We Trust,’ not curse,” he added.

Among the two instances Trump used the the term, according to RawStory, was an anecdote the president told of a meeting with a disliked business competitor who Trump says admitted to prospering under the Trump administration.

“If you don’t support me, you are going to be so Goddamn poor, you are not going to believe it’,” Trump quoted himself telling the man.

The president used “goddamn” a second time in a reference to how hard the nation’s armed forces might strike Iran, should it come to a military conflict.

Other critics of the president’s language have been less polite than Hardesty. A commenter on FreeRepublic.com accused the president of “blaspheming” and “mocking” God and warned of sure retribution.

“It will not matter if you are a street sweeper or the leader of the greatest Republic on earth……GOD will drop you like a stone,” the commenter warned.

Read more. And you can watch the video of it below.

Most people know this is the way he talks. He’s said these kinds of things before — in fact, he used a favorite profanity of his in the Wednesday rally — and he’s sprinkled speeches with colorful language in the past. The New York Times did a piece on this characteristic of the president in May:

His is the profanity presidency, full of four-letter denunciations of his enemies and earthy dismissals of allegations lodged against him. At rallies and in interviews, on Twitter and in formal speeches, he relishes the bad-boy language of a shock jock, just one more way of gleefully provoking the political establishment bothered by his norm-shattering ways.

In a single speech on Friday alone, he managed to throw out a “hell,” an “ass” and a couple of “bullshits” for good measure. In the course of just one rally in Panama City Beach, Fla., earlier this month, he tossed out 10 “hells,” three “damns” and a “crap.” The audiences did not seem to mind. They cheered and whooped and applauded.

“I’d say swearing is part of his appeal,” said Melissa Mohr, the author of “Holy Sh*t: A Brief History of Swearing,” published in 2013. “It helps create the impression that he is saying what he thinks, ‘telling it like it is.’ We tend to believe people when they swear, because we interpret these words as a sign of strong emotions. In his case, the emotion is often powerful anger, which his supporters seem to love.”

…But critics say the vulgarity comes at a cost. “No one has debased the civil discourse in this country more than President Trump, and the president really does set the tone in the country,” said Representative Adam B. Schiff, Democrat of California. “We see it reflected in our offices by the hateful, belligerent, obscene and violent calls that we get now that we didn’t used to get.”

Of course, other political figures have done this sort of thing, too:

Harry S. Truman was told to “give ’em hell, Harry,” to which he famously replied: “I don’t give them hell. I just tell the truth about them and they think it’s hell.” But in general, it used to be something of a mini-scandal when a president was caught cursing in public.

During a campaign event in 2000, George W. Bush was heard over a live microphone talking with his running mate, Dick Cheney, calling a Times reporter he did not particularly like a “major-league asshole.” In 2004, as vice president, Mr. Cheney told a senator on the Senate floor to “go fuck yourself.” His successor, Joseph R. Biden Jr., was overheard in 2010 using a variation of that profanity to tell Barack Obama what a big deal passage of health care legislation was.

…Mick Mulvaney, the White House chief of staff, acknowledged a certain raw quality in Mr. Trump’s discourse but dismissed its significance. “The president does use coarse language in private a lot with us,” he told Jake Tapper on CNN after Ms. Tlaib’s comment. “Many people do.” But, he added, “I think there’s more important things as to who’s coarsening the language.”

There are more examples of how political leaders have used profanity at the link.

(I hasten to add: this is not a practice unique to the rich and powerful. I present myself as Exhibit A. As anyone who knows me will tell you, I’m not exactly a saint when it comes to this sort of thing. I’m sure my confessor is tired of hearing this being brought up again and again, and my wife would have a lot fewer things to pray about if I’d just shut up.)

But — and we can all thank God for this — I’m not the leader of the free world.

To my knowledge, the event Wednesday night remains the first time a president of the United States has publicly, and for broadcast, invoked the name of God in a way that many church-going Americans would consider not only disrespectful but, in fact, a form of blasphemy. I’m surprised more religious figures haven’t spoken up about it. But as many have noted, a lot of Trump supporters are willing to give him a pass on this and are pleased with the message it conveys of brashness, realism and guts.

If nothing else, this the state of our culture in 2019. For better or worse, this is us.

For proof, look no further the image below. A couple weeks ago, I posted this picture on Facebook to make my point. These are books for sale at a Virginia airport. 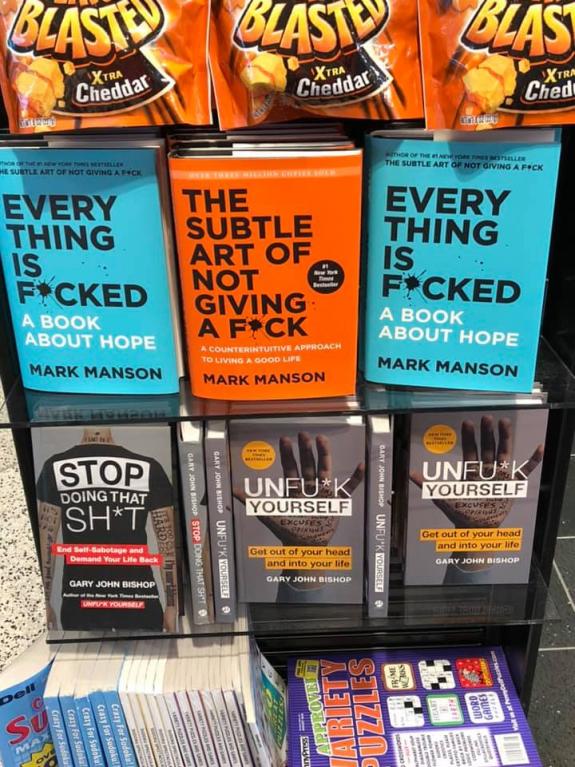 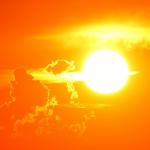 July 19, 2019
Hot as Hell: Archdiocese Excuses Sunday Obligation Because of Heat
Next Post 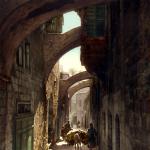 July 20, 2019 Want to Walk Where Jesus Walked? This Is Your Chance.
Browse Our Archives
get the latest from
Catholic
Sign up for our newsletter
POPULAR AT PATHEOS Catholic
1