Want to Drive People from the Church? Try this.

Want to Drive People from the Church? Try this. July 5, 2019 Deacon Greg Kandra 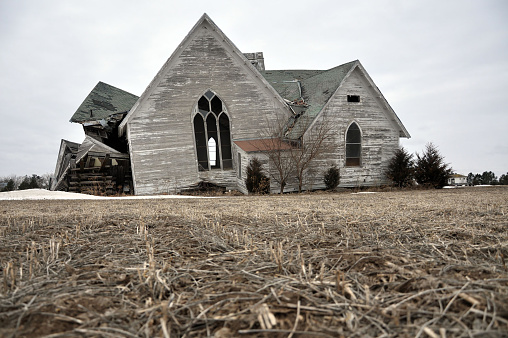 Retired priest Ulrich Zurkuhlen caused consternation in the city of Münster, northwest Germany, when he dedicated his sermon to the concept of forgiving priests who had sexually abused minors.

Zurkuhlen’s remarks come at a difficult time for the Roman Catholic Church, as it grapples with continued allegations, from various parts of the world, of priests’ predatory conduct and church attempts to cover it up.

The controversial sermon took place in the Holy Spirit Church of Münster. The internet portal Kirche-und-Leben.de (Church and Life) reported that parishioners were incensed, with some 70 members of the congregation walking out in protest.

Several parishioners reportedly interrupted the 79-year-old Zurkuhlen and tried to argue with him. A worshipper told Kirche-und-Leben that the situation became chaotic and the priest was not able to finish the sermon.

Victims of abuse were said to have been present as the priest spoke.

In an interview with Kirche-und-Leben.de, Zurkuhlen griped about the fact that even bishops refer to predator priests as “criminals,” despite the fact that these men were also good clerics in their communities.

“Nobody is just profoundly evil,” the priest said. “Goodness and guilt are often combined with each other or stand side by side without touching,” he added.

Zurkuhlen insisted that it was “time for the church hierarchy to say a word of forgiveness after a long time.”

When asked about the reaction his sermon caused among worshippers, Zurkuhlen said that it was “a real shock.” He lamented that he was unable to get his point across, especially the biblically important meaning of forgiveness, to what he called “the screaming mob.”

July 4, 2019
Must-See: Fulton Sheen on the Glory of Being an American
Next Post 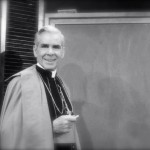 July 6, 2019 BREAKING: Fulton Sheen To Be Beatified
Browse Our Archives
get the latest from
Catholic
Sign up for our newsletter
POPULAR AT PATHEOS Catholic
1

Saints of the Americas
The Catholic Bard presents to you... SAINTS OF THE AMERICAS St. Louis...
view all Catholic blogs
Copyright 2008-2020, Patheos. All rights reserved.