BREAKING: Fulton Sheen To Be Beatified 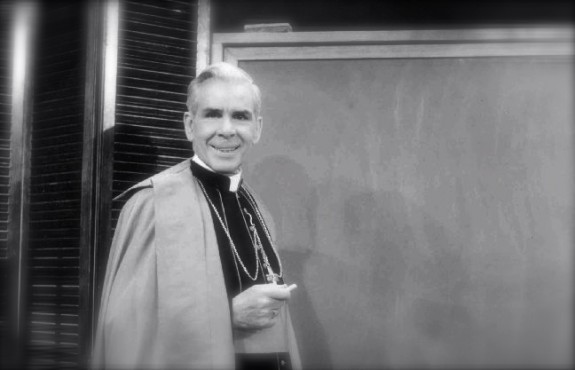 The Vatican Congregation for the Causes of Saints promulgated the decree approving Sheen’s miracle on July 6.

The miracle involves the unexplained recovery of James Fulton Engstrom, a boy born apparently stillborn in September 2010 to Bonnie and Travis Engstrom of the Peoria-area town of Goodfield. He showed no signs of life as medical professionals tried to revive him. The child’s mother and father prayed to Archbishop Sheen to heal their son.

A seven-member panel of medical experts advising the Vatican Congregation for the Causes of Saints gave unanimous approval of the miracle attributed to the famous television personality and evangelist in March 2014.

Archbishop Sheen was a beloved television catechist during the 1950s and 60s in the United States. His Emmy-award winning television show “Life is Worth Living” reached an audience of millions.

Sheen was ordained a priest of the Diocese of Peoria, Illinois at the age of 24, and was appointed auxiliary bishop of New York in 1951, where he remained until his appointment as Bishop of Rochester, New York in 1966. He retired in 1969 and moved back to New York City until his death in 1979.

On June 27, Sheen’s remains were transferred from the Archdiocese of New York to Peoria, Illinois following a long legal battle over the late archbishop’s burial place that had put Sheen’s sainthood cause on hold.

The Peoria diocese opened the cause for Sheen’s canonization in 2002, after Archdiocese of New York said it would not explore the case. In 2012, Benedict XVI recognized the heroic virtues of the archbishop.

Fulton Sheen, pray for us!

The press release from the Diocese of Peoria is below:

Most Rev. Daniel Jenky, C.S.C., Bishop of Peoria announces with overwhelming joy that today Pope Francis has formally approved the miracle that is attributed to the intercession of Venerable Archbishop Fulton Sheen.

In 2010, in central Illinois, a newborn infant was born showing no signs of life. This absence of vital signs lasted for sixty-one minutes. Family and friends immediately began offering prayers begging Fulton Sheen to intercede for their newborn child. The infant was transferred to OSF Medical Center in Peoria, a few blocks away from the Cathedral of St. Mary of the Immaculate Conception in Peoria where Sheen was ordained in 1919 and now is entombed.

Despite receiving the most advanced medical treatment available, the infant continued to show no signs of life. Moments before the doctor was going to declare the infant to be dead, suddenly and without any medical explanation, the infant’s heart began to beat normally and the baby breathed normally. After sixty-one minutes without a heartbeat, the baby was alive! After a few weeks in the hospital, the infant was sent home and has now grown into a healthy young child.

In 2011, the Diocese of Peoria initiated a canonical investigation into the events of this miraculous recovery. This investigation examined medical records and testimony provided by family members, EMT’s, doctors, nurses, and others present at the time of birth. Each testified that there was no medical explanation for the infant’s recovery. Nearly all involved, and some with tears, stated, “It was a miracle.”

In December 2011, the findings of the Peoria investigation were presented to the Vatican’s Congregation of the Causes of Saints. This case was reviewed by a panel of medical experts, theologians, and finally by the Cardinals and the Bishops of the Congregation. This miracle received a unanimous recommendation at every stage of the process. This week, the Congregation’s favorable findings were presented to Pope Francis. Today, Pope Francis has declared the recovery of the infant to be a miracle attributed to the intercession of Archbishop Sheen.

“It is truly amazing how God continues to work miracles. I am so grateful that the Vatican acted so quickly after last week’s transfer of Sheen’s remains from New York to the Cathedral of St. Mary of the Immaculate Conception in Peoria.”

Now that the miracle has been confirmed by Pope Francis, the Diocese of Peoria can formally begin planning for the Beatification of Archbishop Sheen, which will take place in Peoria. According to the current practice of the Vatican, a Beatification is celebrated in the local diocese where the Cause was instructed. Once the date for the Beatification is granted by Pope Francis, Cardinal Giovanni Angelo Becciu, Prefect for the Congregation of the Causes of Saints, would come to Peoria to preside at the ceremony.

All are invited to visit the tomb of Venerable Archbishop Fulton Sheen in the Cathedral of St. Mary of the Immaculate Conception in Peoria:

Monday through Friday: 12pm to 2pm 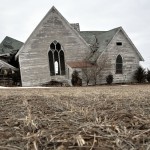 July 5, 2019
Want to Drive People from the Church? Try this.
Next Post 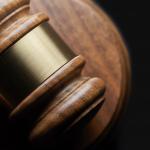 July 6, 2019 Does 'Participation' in Catholicism Require Mass Attendance?
Browse Our Archives
Follow Us!

When did wearing a mask become a political...
For me, wearing a mask is the difference between breathing normally and...
view all Catholic blogs
Copyright 2008-2020, Patheos. All rights reserved.