Yes, he Went There:

The Roman Catechism (Trent) says that a couple should abstain from the marital act at least three days before receiving Holy Communion. I have read that this, though still advisable, is not required under current law. Please advise? Thanks and Jesus and Mary be with you.

In a section concerning the ends of marriage, the Roman Catechism – intended to improve the preaching of priests in parishes – temporary abstinence from the marital act is recommended for the sake of greater prayer.

It was recommended.  It is not required by law.

This is still an issue in the case of married permanent deacons.  Canonists such as Ed Peters argues – convincingly – that, as clerics, they are obliged to abstinence by can. 277 and tradition upon which it rests.

Unlike angels, we humans have both body and soul.  It therefore makes sense that people should prepare in both soul and also body for reception of Holy Communion.

In our souls we prepare by making an examination of conscience, confession of sins, prayer and meditation on the profound implications of such a daring act.

In our bodies we prepare through self-denial of bodily appetites which, obviously, includes sexual desires.

Food is good.  Sex is good (natural sex, of course, not the same-sex filth that makes even the demons turn away their gaze).  We practice denying ourselves good things.  These mortifications and sacrifices are good for us.

Abstinence, especially for clergy, is attested to in Scripture.  It was the will of God that, before His descent upon them after the Exodus, men (they were all priestly then) should abstain from sexual intercourse.  They weren’t even to set their feet on the mountain.   They violated God’s will and, as a result, since they weren’t to be trusted on their own God imposed more laws on them.  The Roman Catechism also cites the example of David, who abstained from sexual relations for three days before receiving the show-bread from the priest.   Of course David is a priestly-king. But by baptism, the baptized participate in Christ’s three-fold office.

…I wonder what would happen if the Church started to admonish married people to abstain from sexual relations for three days before Communion.

Well, regarding his point about permanent deacons: I addressed that issue once before (see here.) I still get emails periodically form deacons and deacon candidates worried that they aren’t supposed to be having sex with their wives. (Read the link for an explanation why that’s not the case.) Ed Peters contends that if this is true, and married deacons are exempt from this, canon law needs to be changed. Okay. But evidently, others disagree. Meantime, the Church has moved on to more pressing matters.

Regarding his last point: I suspect many would greet that admonition the same way they greeted Humanae Vitae.

UPDATE: It appears some people did not read my original posting that I linked to from 2012, which has what is (so far) the last word on this subject from the Vatican. Here it is:

In January [of 2012], the USCCB issued the following letter to bishops, from Bishop Robert Carlson (Chairman of the Committee on Clergy, Consecrated Life and Vocations) and Archbishop Timothy Broglio (Chairman of the Committee on Canonical Affairs and Church Governance).  Someone just emailed it to me, and I thought it worth posting in its entirety (emphasis my own):

In recent months, published opinions have appeared in scholarly journals and on Internet blogs that have raised questions about the observance of diaconal continence by married permanent deacons in the Latin Catholic Church. The opinions have suggested that the clerical obligation to observe “perfect and perpetual continence for the sake of the kingdom of heaven” (c. 277, §1 CIC) remains binding upon married permanent deacons, despite the dispensation provided to them in canon law from the obligation to observe celibacy (c. 1042, 1° CIC).

Earlier this week, we were informed that Cardinal-designate Francesco Coccopalmerio, President of the Pontifical Council for Legislative Texts, with Bishop Juan Ignacio Arrieta, Secretary, has forwarded to Cardinal-designate Timothy M. Dolan the Pontifical Council’s observations on the matter (Prot. N. 13095/2011). The observations, which were formulated in consultation with the Congregation for the Doctrine of the Faith, clarify that married permanent deacons are not bound to observe perfect and perpetual continence, as long as their marriage lasts.

Should you have any questions about this response, please contact Reverend W. Shawn McKnight, Executive Director of the Secretariat of Clergy, Consecrated Life, and Vocations. In addition, please feel free to share this response with those within your diocesan curia who will find it helpful. 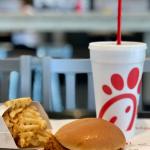 July 14, 2019
Chick-fil-A is Losing Out on a Billion Dollars a Year. And That's Just Fine.
Next Post 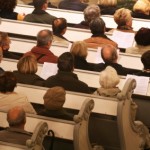 July 15, 2019 Message to Pastors: 'Don't go looking for those who are prudent, measured, detail-oriented...'
Browse Our Archives
Related posts from The Deacon's Bench