You can view the decision and reaction from Australian TV here:

Lawyers for the 78-year-old cardinal immediately appealed his conviction, and in June presented 13 “solid obstacles” to a guilty verdict on all five charges, including that it was “not possible” for Pell to be alone while robed after Sunday mass and for no one to notice the boys were missing at that time.

On Wednesday, the panel of three senior judges rejected that submission, accepting that it was possible for the jury to have found Pell guilty beyond reasonable doubt, based on the evidence presented at Pell’s five-week trial last December.

Related: The problems with the Pell case

“There has been vigorous and sometimes emotional criticism of the Cardinal and he has been publicly vilified in some sections of the community,” a summary of the judgment read. “It is fair to say that his case has divided the community.”

From the dock in court 15, Pell showed little reaction as Chief Justice Anne Ferguson delivered Wednesday’s verdict, which followed more than two months of deliberation between three judges who returned a ruling with vote two for and one against. Pell listened intently during the summary, staring straight at the judge.

Members of the public, campaigners against child sex abuse and supporters of the church had lined up early to get a seat in the packed courtroom to hear whether Pell would be released or face a possible re-trial on five charges — one count of sexual penetration of a child and four counts of committing an indecent act with a child. 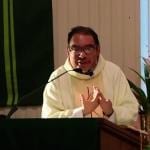 August 20, 2019
Gone: Pastor says half of his parishioners were seized in ICE raids
Next Post

August 21, 2019 When a monk dies: 'Life is a grand, sacred narrative'
Browse Our Archives
get the latest from
Catholic
Sign up for our newsletter
POPULAR AT PATHEOS Catholic
1