Buffalo Dean of Seminarians quits: ‘The values and morals of this seminary and diocese do not correspond to my own.’

In the wake of more than 100 child sex abuse lawsuits filed under the Child Victims Act, a sudden departure is now blindsiding a Diocese already in crisis.

The 7 Eyewitness News I-Team obtained a copy of Parisi’s resignation letter, which outlined his decision to withdraw from the seminary, stating at one point, “My parents instilled in me a basic sense of faith and morals. I have come to the realization that the values and morals of this seminary and diocese do not correspond to my own.”

Mr. Parisi makes specific reference to recent revelations concerning a seminarian who was pursued sexually by his confessor writing, “I cannot, in conscience, pursue a priestly vocation within this diocese. The manner in which this case has been handled by the diocese, as well as the manner in which so many of the other clerical sexual abuse cases have been handled is disgusting and revolting.” Parisi goes on to reference the RICO lawsuit filed Wednesday under the Child Victims Act alleging widespread corruption, blackmail, manipulation and fraud against the Diocese. 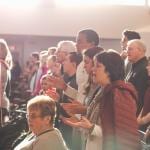 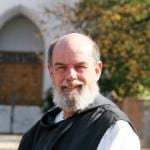 August 17, 2019 'We have this treasure in earthen vessels': Remembering James Stephen Behrens
Browse Our Archives
Follow Us!