A young mom shot dead during the El Paso massacre was hit while shielding her baby boy, according to family.

Mom-of-three Jordan Anchondo, 25, was at the Texas Walmart Saturday shopping for school supplies when she was one of 20 killed — with her family still trying to find out whether her husband, Andre Anchondo, had survived, according to the dead woman’s sister.

Anchonda’s 2-month-old baby was not hit — but was still lucky to survive after getting crushed as his mother fell after getting shot dead, leaving him with broken bones.

“From the baby’s injuries, they said that more than likely my sister was trying to shield him,” grieving sister Leta Jamrowski, 19, said.

“So when she got shot she was holding him and she fell on him, so that’s why he broke some of his bones.

“So he pretty much lived because she gave her life.” 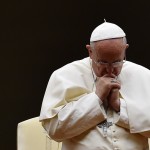 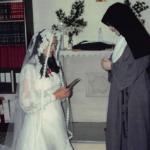 August 4, 2019 This is superb: the story of the basketball star who became a nun
Browse Our Archives
get the latest from
Catholic
Sign up for our newsletter
POPULAR AT PATHEOS Catholic
1