Pope Francis: ‘A country must be sovereign, not closed’

In a new interview, the Holy Father spoke about the upcoming Amazon synod, and a variety of other timely topics:

The upcoming Synod of Bishops on the Amazon is an “urgent” gathering, not of scientists and politicians, but for the church whose main focus in discussions will be evangelization, Pope Francis said in a new interview.

However, the importance of the Amazon region’s biodiversity and current threats it faces also will be addressed because “together with the oceans, (the Amazon) contributes decisively to the survival of the planet. Much of the oxygen we breathe comes from there. That’s why deforestation means killing humanity,” he said.

The pope also talked about the dangers of surging nationalism and isolationist sentiments, saying, “I am worried because you hear speeches that resemble those by Hitler in 1934. ‘Us first, We… We ….’”

Such thinking, he said, “is frightening.”

The pope’s comments came in an interview posted Aug. 9 by “Vatican Insider,” the online news supplement to the Italian newspaper La Stampa.

Asked about the dangers of “sovereignism” or nationalism, the pope said it represented an attitude of “isolation” and closure.

“A country must be sovereign, but not closed” inside itself, he said.

National sovereignty, he said, “must be defended, but relations with other countries, with the European community, must also be protected and promoted.”

“Sovereignism,” on the other hand, he continued, is something that goes “too far” and “always ends badly — it leads to war.”

When asked about populism, the pope said it was one thing for people to be able to express their concerns, but quite another “to impose a populist attitude on the people.”

“The people are sovereign,” with their own way of thinking, feeling, judging and expressing themselves, he said, “while populism leads to forms of sovereignism. That suffix, ‘–ism,’ is never good.”

Asked about “the right path to take when it comes to migrants,” the pope said, “First and foremost, never neglect the most important right of all: the right to life.”

“Immigrants come above all to escape from war or hunger, from the Middle East and Africa,” he said.

When it comes to war, “we must make an effort and fight for peace” as well as invest in Africa in ways that help the people there “resolve their problems and thus stop the migration flows.”

“First, to receive, which is also a Christian, Gospel duty. Doors should be opened, not closed. Second, to accompany. Third, to promote. Fourth, to integrate” the newcomers in the host communities, he said.

You can find the original interview in La Stampa. 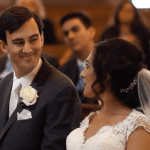 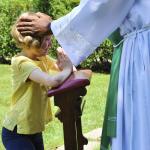 Sunday Morning Love a Little late-Volume 1; Faith...
The sunshine after the storm, the uplifting spurt of joy after the...
view all Catholic blogs
Copyright 2008-2017, Patheos. All rights reserved.