Evidently, one pastor’s efforts to restore a sense of orthodoxy to a progressive parish met with fierce resistance— even prompting protests during Mass.

See the video below. A longer story follows.

From the front page of The Oregonian on Sunday:

The new priest took charge of St. Francis of Assisi Catholic Church more than a year ago. Week after week, parishioners said, George Kuforiji changed their church in ways they didn’t think he ever could.

…St. Francis is one of the oldest churches in Portland. It has long been known as a bastion of progressive Catholic faith.

Parishioners have marched in the Portland Pride parade, fed and given shelter to people experiencing homelessness and worked to make the traditionally patriarchal institution more inclusive of women. For several years, a banner hung above the church steps that read “Immigrants & refugees welcome.

Now, the banner is missing. Vestments and one of several treasured photographs of the homeless community that had lined the walls of their parish had been piled in a trailer headed for the dump.

Many felt the new priest aimed to better align St. Francis with the archdiocese, who some feel is out of step with Catholics in Portland.

An archdiocese spokesman turned down multiple requests to interview Sample or Kuforiji.

Parishioners said the changes he made were almost immediate.

For years, St. Francis used inclusive language in its scripture readings. With references to God, for instance, they avoided using “he,” “lord” or “king” and instead used simply “God” or “creator.”

Parishioners brought their own copies and still said the words.

The parish’s handwoven altar cloth was a gift from a village in Guatemala the parish had helped. Parishioners showed up to Mass one Sunday last summer to find that Kuforiji replaced it with a plain white cloth.

Parishioners also had cherished vestments worn by the priest — some they’d made by hand. When two parishioners found the vestments, along with banners and other valued items in a trailer headed for the dump, tensions boiled over.

Dianna Shaffer and Melody Ghormley went to St. Francis June 27 to prepare for a parish clean-up scheduled for the next day. When Shaffer arrived, she saw Ghormley talking with Kuforiji and Deacon Kevin Welch in the sanctuary.

Shaffer and Ghormley noticed the vestments were missing, along with the large “Immigrants & refugees welcome” banner. Black and white photographs of homeless people served by the church were stripped from the walls. Both said Kuforiji told them he didn’t know what happened.

It seems to me someone, somehow, needs to negotiate a truce here — and that effective, meaningful catechesis is sorely needed. I’d like to hear from the archdiocese and the pastor to get their side of the story.

At the very least, the archdiocese should never have let things get this bad.

When a parish starts rewriting liturgical texts to remove God’s gender, and inserting its mission statement into Mass, that’s a serious problem. And publicly tossing vestments into the trash? Really? Was that a good idea?

UPDATE: Rod Dreher has picked up on this story, and his commentary elicited this response:

I once lived 3 blocks from this church about a decade ago. Admittedly I only attended Mass once. The parish was viscerally not a good fit for me. The picture drawn by the secular paper is somewhat accurate: a tiny parish filled entirely with aging flower children nearing the end of their life’s journey. The “liturgy” was almost unrecognizable and the heresy flowed like water. They were, however, friendly and welcoming folk.

Something not mentioned in the piece: for a long while, the parish was essentially run by a lay woman who would essentially contract out for priests as desired. It was a frankly bizarre arrangement even within the confines of the Portland Archdiocese. It’s fascinating that the parish was allowed to sail on for so long in that fashion. I think the piece doesn’t do justice to how totally outside the norm literally every aspect of the parish was, from governance to liturgy.

Another thing that I think should be mentioned: the good people of St. Francis have a true, honest, clear devotion to the poor. Truly they have a charism of sorts. The parish has run a dining hall for the poor for as long as I can remember. When I lived there, the parish grounds included a “park” that was basically an abandoned lot next to the church. They permitted homeless people to squat there. I believe the park has been replaced with low income housing, I presume with input from the parishioners. The amount of effort in helping the homeless put forth by these people cannot be overstated. 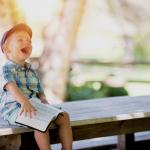 August 11, 2019
'God put the wiggle in children — don't feel you have to suppress it in God's house'
Next Post 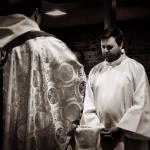