The video above shows this unusual mission in action.

Russian Orthodox priests have tackled the issues of drunkenness and casual sex in the city of Tver by pouring holy water over its residents from an aircraft.

Father Alexander Goryachev, along with local bishop Metropolitan Savva, marked the annual All-Russian Sobriety Day on September 11 by dousing the city with more than 18 gallons of holy water in order to “protect the city afflictions befalling it, from all accidents and social adversity”, Savva told Tver News (via the BBC).

Since 2006, Goryachev has been marking the sobriety day celebrating the beheading of John the Baptist by flying over Tver along with the “Inexhaustible Chalice,” icon, which Orthodox Christians believe can help those suffering from drug and alcohol addiction, reports The Moscow Times.

Goryachev said these journeys have been successful, describing how one man quit alcohol on the spot when he saw his plane fly over a previous year.

“A man saw our plane flying overhead, and told his wife there and then that he would give up the drink—and he did,” he told Tver News.

A second man also told Tver News he quit after arriving from Tver from Moscow to ask for the Inexpressible Chalice icon to help him. Whilst in Tver, he met his future wife and the pair remain in Tver to this day. 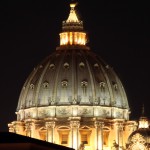 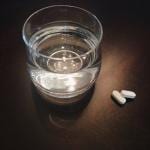