According to a Spanish missionary archbishop who’s been in Ecuador since 1998, “We must thank God that there are still prophets like Pope Francis” who think about the future.

Specifically, the bishop backed the ordination of married men as priests in the Amazon, supporting the idea of calling viri probati, or tested married men, into the priesthood to serve isolated rural communities.

Archbishop Rafael Cob of the Diocese of Puyo believes that an Oct 6-27 Synod of Bishops on the Pan-Amazon region convened by Francis is “historical.”

On Saturday, Cob spoke with a group of journalists, including Crux, currently in Ecuador on a trip to the Amazon organized by REPAM, an ecclesial network from the region collaborating with the synod.

The prelate said that a key issue the synod will deal with is the possibility of the Church in the Amazon, which includes parts of nine countries, shifting from a “clerical institution” to a “ministerial one.”

“We must start from the Christian vocation of baptism: Laity, religious and priests from one body and one family,” Cob argued, three weeks before heading to Rome to take part in the October synod.

This shift, he said, would allow for the ordination of the so-called viri probatiso they can distribute the sacraments in communities that are so remote that they perhaps see a priest twice a year.

The viri probati, he said, are nothing new. On the contrary, Cob said, “the Church has had them from the beginning.” 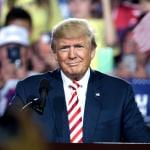 September 15, 2019
President Trump's blasphemy: why his supporters forgive him
Next Post 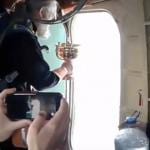 September 16, 2019 Now THAT'S a sprinkling: watch Russian priests dump holy water on city from a plane
Browse Our Archives
get the latest from
Catholic
Sign up for our newsletter
POPULAR AT PATHEOS Catholic
1