Pope Francis: ‘I pray there is no schism, but I am not afraid’

Pope Francis: ‘I pray there is no schism, but I am not afraid’ September 10, 2019 Deacon Greg Kandra

The pope was on a plane, and you know what that means:

Pope Francis told reporters he hoped and prayed the Catholic Church would not experience a new schism, but human freedom means people always have had and will have the “schism option.”

“I pray that there not be schism, but I am not afraid,” Pope Francis told reporters flying from Africa back to Rome with him Sept. 10.

Schisms have occurred throughout church history, he said, and one thing they all have in common is having such a focus on an ideology that they begin reading church doctrine through the lens of that fixation.

A schism is triggered when “an ideology, perhaps a correct one, infiltrates doctrine and it becomes ‘doctrine’ in quotation marks, at least for a time,” he said.

As an example of ideology, the pope cited those who say, “The pope is too communist” because of his criticism of unbridled capitalism and its negative impact on the poor. “The social things I say are the same things John Paul II said. The very same. I copy him.”

When ideology takes the place of doctrine, he said, there is the danger of a split in the Christian community.

Pope Francis said small groups of Catholics in the United States are not the only people who criticize him — there are even people in the Roman Curia who do — but he tries to learn from the criticism and to find a way to dialogue with critics who are open.

“Criticism always helps,” Pope Francis said. “When one is criticized, the first thing to do is to reflect, “Is this true, not true, to what extent” is it valid?

“Sometimes you get angry,” he said, but “there are always advantages” to be drawn from listening to critics. 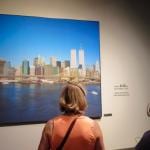 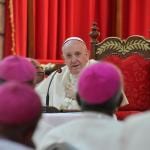 September 10, 2019 Pope Francis: 'Deacons often have the temptation of clericalism'
Browse Our Archives
get the latest from
Catholic
Sign up for our newsletter
POPULAR AT PATHEOS Catholic
1