“They’re actively giving themselves over to what the Lord’s asking them to do.”

Changes are coming to one local seminary, and according to church leaders, it is because of a big leap in enrollment.

The Athenaeum of Ohio in Mount Washington has been around for nearly 200 years. For the first time in decades, it is growing in size. Father Anthony Brausch says it is one of the only seminaries in the country that is currently expanding.

“The Athenaeum of Ohio – Mount Saint Mary’s Seminary is an institution founded in 1829 by our first bishop, Bishop Fenwick,” Father Brausch, the President of the Athenaeum and the Rector, said.

The property, which started as a school and remains a school today, is a place where men can study to become leaders within the Catholic Church, like priests or deacons. They can also earn a master’s degree in theology.

“They’re seriously considering and actively giving themselves over to what the Lord’s asking them to do,” Father Brausch said.

Over the past decade, enrollment has more than doubled, church leaders say, from 37 people in 2010 to 90 people now.

Father Brausch says that is not something they are seeing nationally.

“The story of vocations across the country is actually somewhat steady, if not trending a little downward over the last couple years,” Father Brausch said.

What is different at the Mount Saint Mary’s Seminary, he says, is that students are studying for the Archdiocese of Cincinnati and for an increasing number of dioceses around the country.

Their enrollment has been growing so fast, Father Brausch says, they built a brand new building to keep up. It was a $12 million project mostly paid for by donations, church officials said, and it is nearly complete after three years of planning and construction. 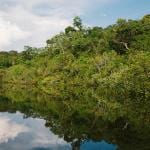 October 11, 2019
Synod update: Permanent deacons in the Amazon?
Next Post 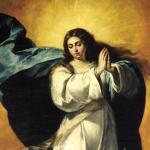 Broken Glass: When Domestic Violence Ends in Murder
Her name is Nikki Addimando and she is a victim.  For...
view all Catholic blogs
Copyright 2008-2020, Patheos. All rights reserved.