Canada opens unique retirement residence for both lay and religious

“This is unique — the religious and lay people mix. I don’t think there’s any one like this.”

From The Catholic Register:

The Presentation Manor dream caught Sr. Joan Missiaen of Our Lady’s Missionaries a bit by surprise.

“This is not where we thought we would spend our final days,” Missiaen told The Catholic Register at the official grand opening of this unique retirement home for Catholic religious and lay people in east-end Toronto near Warden and St. Clair Avenues.

“Yes, through prayer, we did choose it. And there’s happiness being here,” Missiaen said. “Some of us said it with tears.”

The missionaries had hoped to end their days in little villages, among the poor, on mission.

That dream may have been more romance than reality. Poor villages don’t need the burden of taking care of elderly missionaries. That task fell to a committee of religious superiors and leaders who in 2011 formed a corporation called Ontario Collaborative Housing for Religious. Twenty-two religious communities and the Archdiocese of Toronto invested in the project.

The idea was never just rooms for aging sisters, brothers and priests. They wanted to create a “community of communities” where people could live out their vows and their vocations together.

“The vision was a simple one,” said Presentation Manor board chair Fr. George Smith of the Basilian Fathers. “Collaborative ministry among religious men and women.”

Fully aware that the vowed religious aren’t going to live forever, Presentation Manor also opened itself up to lay people like 95-year-old Monica Donovan. Donovan finds that life among the religious suits her.

“I liked the religious aspect to it, daily Mass,” she said.

The grand opening on Oct. 17 came 11 months after Presentation Manor began taking in its first residents. The facility is 90-per-cent occupied with 192 people. Next month it will open up the fourth-floor memory care suites.

The grand opening was an opportunity for architect Santiago Kunzle to witness the success of his design. “This is unique,” said Kunzle. “First, the religious and lay people mix — that’s fascinating. I don’t think there is any one like this.”

RESPECT: for every person as created in the image of God.

INCLUSIVITY: an appreciation of everyone’s culture, heritage and beliefs.

REVERENCE: for the cumulative wisdom of the elderly and their potential to contribute to future generations.

CREATIVITY: in the planning and execution of a holistic program of activities and care that addresses our residents’ physical, emotional, spiritual, social, and moral needs and appreciates their input.

GRATITUDE: for all of creation as a gift and for the committed lives and sacrifice of those who have gone before us, especially for the lives and ministries of Canadian Catholic religious women and men who contributed to the realization of Presentation Manor. 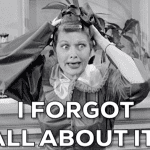 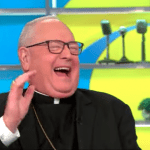 October 29, 2019 Cardinal Dolan: 'I would love to be married and have kids'
Browse Our Archives
get the latest from
Catholic
Sign up for our newsletter
POPULAR AT PATHEOS Catholic
1