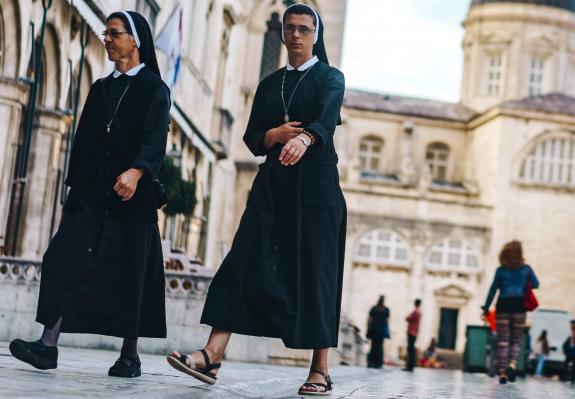 And now authorities say the home was wrong.

A Catholic nun who was told she could stay in a retirement home in France only if she stopped wearing religious clothing was wronged, French officials say, in a case that they say misinterpreted the country’s laws prohibiting religious attire in some public spaces.

The nun, who is over 70 and has not been publicly identified, had been living in a convent in southeastern France when she decided to retire in Haute-Saône, her native region farther north.

Her application to live in a unit in a publicly funded retirement home in Vesoul, a town about 55 miles northeast of Dijon, was accepted in July. But the home, which is run by the local authorities, specified that she would have to accommodate the other residents by not wearing her religious habit or veil.

In a letter sent to the nun, and seen this week by the news outlet Agence France-Presse, the retirement home told her that “all ostentatious signs of belonging to a religious community cannot be accepted in order to guarantee everyone’s serenity.”

“Religion is a private matter and must remain so,” the letter said.

The nun did not agree to go without her habit, and the local parish helped her rent a private apartment instead.

Officials now say that the retirement home wrongly applied France’s secularism laws, and Alain Chrétien, the mayor of Vesoul, apologized in a statement on Tuesday.

“This error of judgment is very regrettable,” Mr. Chrétien said, adding that he was “personally” committed to finding the nun a spot in a public retirement home if she so wished.

France has faced numerous heated debates over the place of religion in society in recent years, centered on the concept of laïcité, a policy of state secularism that first emerged during the French Revolution and took form in the 19th century, culminating in a landmark 1905 law on the separation of church and state. 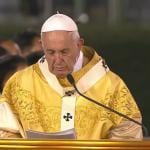 November 21, 2019
Pope in Thailand: Mission is seeking family members we don't know yet
Next Post 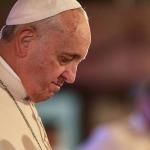 November 21, 2019 Pope Francis on prostitutes, addicts, migrants: 'All are part of our family'
Browse Our Archives
get the latest from
Catholic
Sign up for our newsletter
POPULAR AT PATHEOS Catholic
1

A Holiday Horror Flick Where the Monster Is...
(...sort of.) I'm at First Things: Last year, Oscar-winner Parasite and box-office...
view all Catholic blogs
Copyright 2008-2020, Patheos. All rights reserved.