Pope in Thailand: Mission is seeking family members we don’t know yet

Missionaries are not mercenaries, but beggars who recognize that some brothers and sisters are missing from the community and long to hear the good news of salvation, Pope Francis told the Catholics of Thailand.

Celebrating Mass Nov. 21, the feast of the Presentation of the Blessed Virgin Mary, in Bangkok’s National Stadium, Pope Francis looked at the meaning of what he calls “missionary discipleship.”

Pope Francis’ visit was part of the celebrations of the 350th anniversary of the establishment of the Apostolic Vicariate of Siam Mission, the first Catholic jurisdiction in what was to become Thailand.

In his homily, the pope said the early missionaries realized “they were part of a family much larger than any based on blood lines, cultures, regions or ethnic groups,” and, empowered by the Holy Spirit, “they set out in search of family members they did not yet know.”

The missionaries didn’t see the Thai people as pagans or nonbelievers, but as brothers and sisters, the pope said. And they did not just want to share the Gospel with the Thai people, but wanted “to receive what they needed to grow in their own faith and understanding of the Scriptures.”

“A missionary disciple is not a mercenary of the faith or a producer of proselytes, but rather a humble mendicant who feels the absence of brothers, sisters and mothers with whom to share the irrevocable gift of reconciliation that Jesus grants to all,” the pope said.

You can read the entire homily here.

And below, watch a performance dedicated to the pope after the liturgy, captured by Rome Reports. 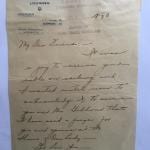 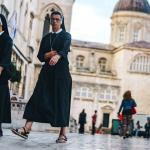