Deacon Drake McCalister, a former Pentecostal minister, has been given approval by the Vatican to be ordained to the priesthood for the Diocese of Steubenville.

“Thanks be to God! And a strong sense, a sobering sense of the increased responsibility and accountability that comes with ordination to the priesthood,” said McCalister when he received the news from Rome.

McCalister, a husband and father of five, will become the first married priest to be ordained in the Steubenville Diocese.

Since St. Paul VI’s 1967 encyclical Sacerdotalis caelibatus (“Of priestly celibacy”), the Catholic Church has allowed on a case-by-case basis married men who enter the Catholic Church from other traditions to be ordained as priests. However, the pope affirmed clerical celibacy as a general law in the Catholic Church and emphasized these cases must not be understood as a relaxation of the law.

The former minister said he is not an advocate for ending celibacy in the priesthood, adding: “While I joyfully take this next step, there is a strong awareness that saying yes to Jesus in the priesthood is also saying yes to taking up my cross in a deeper way. I don’t know that anyone is ever excited for the cross, but it is joyfully embraced when viewed through the eyes of the saving work of Jesus.”

McCalister was part of the first diaconate class in the Diocese of Steubenville in 2010, when Bishop R. Daniel Conlon, now bishop of Joliet, Illinois, was shepherd of the diocese. McCalister said he “felt the Lord calling him to inquire about a dispensation for the priesthood,” and Conlon agreed with the idea. The process continued with Monforton.

Read on to learn more, including details about the conditions under which he is ordained. 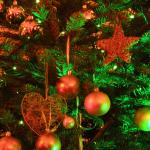 November 28, 2019
The Christmas commercial everyone will be talking about
Next Post 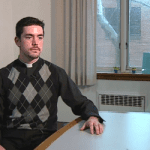 December 1, 2019 VIDEO: Priest at center of communion controversy explains his decision
Browse Our Archives
Related posts from The Deacon's Bench

Catholic
Deacon Paul Sullivan, master of the art of...
The Deacon's Bench
TRENDING AT PATHEOS Catholic