Why are fewer U.S. Latinos Catholic?

RNS unpacks that question, drawing on details from a recent Pew report:

Harold Morales, a professor at Morgan State University in Baltimore whose research focuses on the intersections between race and religion, was taken aback by the new Pew findings.

“Even as people were leaving the Catholic Church, those numbers were being replenished,” Morales said. “To see this decline by almost 10% in the Latinx Catholic population, was surprising.”

Morales, along with two other researchers, surveyed 560 Latino Muslims across the U.S. in 2014 to better understand Latinos’ conversion to Islam.

Among Latino Muslims in the 2014 survey, the researchers found that a 56% had converted to Islam from Roman Catholicism. Morales noted some Latino Muslims found a sense of community in Islam that they did not find in Catholicism. Others said they liked accessing their spirituality without the mediation of a priest, Morales said.

“There’s a lot of people who talked about the (Muslim) prayer giving them a sense of peace that they didn’t find in other places,” Morales said.

“We just go to Mass and call it a day and come back next Sunday, but there isn’t that connection after Mass is over.”

Fernando Romero Orozco, 36, is a practicing Catholic who understands how that lack of community in the church can lead some to leave the faith.

“We just go to Mass and call it a day and come back next Sunday, but there isn’t that connection after Mass is over,” said Romero Orozco, who lives in Upland in San Bernardino County.

Romero Orozco is an executive director of a day laborer center in Pomona. At the center, an image of Santo Toribio — a Catholic saint believed to watch over immigrants — hangs on a wall. Outside, an altar of the Virgin Mary is erected inside a tiny house the laborers built.

Romero Orozco’s Mexican identity is deeply linked to his Catholic faith. He supports abortion rights and same-sex marriage. He said learning about Catholic theology, including the first- and second-century writings about Jesus, has helped him remain rooted in the faith.

Despite the church’s rhetoric surrounding same-sex marriage and abortion, he said he’s able to “put that aside and still be able to feel a connection to the church.” 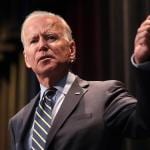 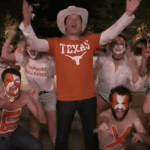 November 9, 2019 WATCH: Jimmy Fallon's epic 'Thank God I'm a Country Boy' in Austin
Browse Our Archives
get the latest from
Catholic
Sign up for our newsletter
POPULAR AT PATHEOS Catholic
1