In Violent Clashes, Who Is Suffering?

In Violent Clashes, Who Is Suffering? June 7, 2016 Ellen Debenport

Watching the political protesters beat each other up on television, I am reminded of a line from author Parker Palmer:

“Violence is what happens when we don’t know what else to do with our suffering.”

When feelings become too much to handle – and I believe many of us never had good role models for how to deal with anger, fear or despair – we cope by turning the energy either inward or outward.

When it’s turned inward, it can show up as depression, overeating or substance abuse.

When it’s turned outward, it can take the form of racism, sexism or homophobia that becomes physically violent.

But the examples are not always so dramatic.

Suffering turned inward might result in sleepwalking through life without risking an intense feeling.

Suffering focused outwardly might reveal itself as criticizing or diminishing other people. Or gathering in big groups with placards to denounce them.

What is the suffering being carried by these political protesters?

We can’t know their personal demons, of course, but as a group, they seem to fear what we all fear: that their comfortable lives will be forcibly changed.

That’s the irony of this political season. Voters are clamoring for what they call change, but only specific changes are acceptable and not others.

They tell pollsters the country is on the wrong track but disagree about what would constitute a better track.

Some of them think Donald Trump would save the day; others believe he would be a disaster. Same for Hillary Clinton. And one cohort is holding out for Bernie Sanders.

On all sides, protesters would probably insist something has been taken from them, and they want it back. They believe they might lose some perceived freedom or ideal that the “other side” would happily destroy.

I’m not taking sides here. In fact, I’m pointing out that suffering is the same all around. They (or we?) are angry at what has already changed and afraid more will change.

It will, of course. Because it always does. Life as we know it changes. Sometimes we believe it’s for the better, and sometimes it appears to be worse.

And is it my imagination, or are the changes in our world happening faster and faster?

HOW TO HANDLE SUFFERING

I would go out and protest if I thought it would do any good. Maybe I’ve become an old fogey, but I think voting is more powerful.

(My voting advice? Choose the candidate you believe will best handle the unforeseen. Think about George W. Bush. It didn’t matter what he had promised in the campaign. His presidency was defined by his response to 9-11.)

As this campaign drags on – and the silly season of summer is just beginning! – it’s easy to become mired in our suffering.

How can we handle it without doing violence to ourselves or others?

Parker Palmer is a prolific author, activist and Quaker who thinks deeply about spirituality and public life and who founded the Center for Courage and Renewal.

In a commencement speech last year, he spoke about violence as an expression of suffering, and actually encouraged the graduates to practice having their hearts broken.

The good news is that suffering can be transformed into something that brings life, not death. It happens every day. I know many people who’ve suffered the loss of the dearest person in their lives. At first, they go into deep grief, certain that their lives will never again be worth living. But then they slowly awaken to the fact that — not in spite of their loss but because of it — they’ve become bigger, more compassionate people, with more capacity of heart to take in other people’s sorrows and joys.

These are broken-hearted people — but their hearts have been broken open rather than broken apart. So every day, exercise your heart by taking in life’s pains and joys. That kind of exercise will make your heart supple, so that when it breaks — which it surely will — it will break not into a fragment grenade, but into a greater capacity for love. 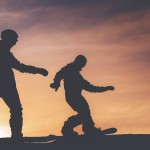 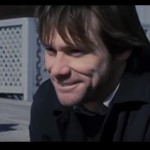