The Problem with Happiness

Are you happy in your life?

If a genie came out of a bottle and said you could have anything you want, would you change anything?

Increasingly, I’m running across people who insist they would not. They’d tell the genie, No, thanks.

They are happy with their lives the way they are. Some have worked hard to get where they are. They say they’re doing fine and only want to keep it that way.

Are happy people taking over?

This might be a problem for me and millions of others in the “helping” professions.

My speaking, writing and coaching are all designed to help people create the lives they want, to transform themselves into whatever they came here to be.

But lately, when I suggest they start by writing a vision for the future, there’s always someone who wants to opt out. They’re happy, they say. There’s nothing they want.

END OF AN INDUSTRY

Happy people are like those who haven’t seen a doctor in 30 years and are perfectly healthy. Bad news for the medical and pharmaceutical industries! Emotionally happy people could leave innumerable therapists, psychologists and ministers with nothing to do.

Which made me stop and look at the tremendous effort – billions of dollars, millions of jobs, thousands of books and workshops and speakers – that are focused on helping people make their lives better.

Religion, too, is aimed at a better life, and not just in the sweet by and by. Churches as well as non-church spiritual groups offer help with daily living and occasional crises.

Ministers often joke that we’d like to work ourselves out of a job. If everyone took spiritual teachings to heart and applied universal principles in their lives, they wouldn’t need church.

Is it actually happening now? Is there an outbreak of happiness?

HOW MUCH IS ENOUGH?

Granted, I still hear from plenty of people who want to share their litany of despair. Or at least who would like to tweak a few circumstances.

But increasingly I encounter those who are, for example, sailing through chemo and celebrating baldness, or divorcing amicably, or actually enjoying the company of their children, or – get this – who aren’t worried about money!

People who love their jobs. Who live in exactly the dwelling they want. Who value friends, travel and entertainment that seems tailored for them. Who even like the way they look.

The authors of all those recent books about happiness should be, well, happy to hear about this mood upswing, but who will buy their books now?

And what’s next? Titles such as: Maintaining Your Happiness? Seven Habits of Highly Satisfied People? Your Contentment, Your Self?

I think a few things are going on here:

ARE WE TOO SELFISH?

These positive developments should greatly lower our levels of stress.

I don’t want to talk anyone out of being happy. But I would offer one reminder:

Desire is an evolutionary driver. Wanting more, wanting change, wanting better is what moves societies and expands consciousness. It leads to invention and improvement, greater opportunities and greater justice.

There’s nothing wrong with wanting more. It’s not selfish; it’s how we are wired.

It’s sad to notice how much of our economy, as well as our daily discussions, have centered on misery and the possible remedies for it. But the search for something better is also a form of divine inspiration, letting us know more is available.

Pain pushes you until a vision pulls you. I would love for more people to reach for what’s possible, instead of simply trying to escape their circumstances.

Wouldn’t it be great if all of us “helpers” had to find something else to do?

What about you? Are you happy with your life? Would you tell a genie to go away? 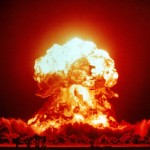 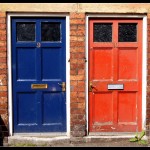 September 6, 2016 Never Discuss Race, Religion or Politics
Recent Comments
0 | Leave a Comment
Browse Our Archives
get the latest from
New Visions
Sign up for our newsletter
POPULAR AT PATHEOS New Visions
1