When I was growing up, long ago, children were taught never to discuss race, religion or politics.

Not at the dinner table. Not in polite company.

Then came the civil rights movement, and we started talking about race.

Then the women’s movement refashioned our society. Vietnam and Watergate revised our view of government.

In the 1980s, the Religious Right made its presence felt in public life, and we spent decades talking as much about abortion and gays as we did the economy or geopolitics.

Now we have a presidential candidate who suggests one entire religion should be banned from the country, and we argue about whether “radical Islam” is a fair description of terrorists.

Turns out I’ve spent most of my adult life talking about race, religion and politics. I suppose working as a political reporter, then becoming a minister, gave me special license. But really, what else would we talk about?

These are important topics that affect us all. They are not abstract concepts, but determine how we live our daily lives.

We can’t really talk about them, can we? Not in this day and age of walking on eggshells.

How are we ever going to solve our problems if we can’t talk about them?

The American populace is crying out for change. Polls confirm the majority of us believe the country is on the wrong track and something needs to be done.

Of course, we disagree sharply about what exactly needs to be done, and we have different villains to blame.

But that’s understandable. That could even be considered healthy debate.

The problem is, it’s not healthy if we can’t open our mouths without getting into trouble.

Try introducing the topic of, say, Clinton vs. Trump in a group of friends, and see how fast the mood turns ugly. Either that, or — in my positive-thinking circles — the discussion will be shut down immediately.

We stifle ourselves in public, turn off the news that upsets us, and unfriend people whose opinions offend us, even if we are equally vociferous about our own points of view.

We seem to have no choice but to avoid important topics altogether or risk an instant conflagration.

After years of this, it feels as if we have been burned all over our bodies. The slightest touch is agony.

We can’t bear to hear another word about it, unless we know we’re in a safe circle of like-minded friends who will commiserate about how bad things have become.

Have you found a way?

I know several churches that are hosting what they call conscious conversations or wisdom circles, using a name that signals the discourse will be civil. They’re trying to create a safe space just to talk about current events.

But knowing how easily people are upset (and no doubt worried about losing congregants), the churches are bringing in facilitators to lead and steer these discussions.

That’s what they didn’t tell us as children. Never discuss race, religion or politics without a facilitator.

I have only one possible solution to offer. What if we simply became curious about the “other” side?

This would take at least two willing participants, but what if you could get together with someone you know, who has a different view than yours, and say, “Tell me more about how you see it. What brought you to that conclusion?”

Remember in debate class, when we had to learn both sides of an issue so we could present either one cogently and fairly? Study other views as if that were your goal.

Somewhere along the way, we seem to have decided that people with different points of view are not merely different, they’re bad. Bad and wrong and dangerous.

Of course, we don’t always do that. But it’s easy to judge someone as a person of bad character when their opinions conflict with ours.

He wants smaller government? He must hate the poor.

She wants equal rights for women? She must want to kill babies.

They own guns? Watch out. Those survivalists will try to overthrow the country someday.

Yet the people we judge have looked at the facts and come to what they believe are logical conclusions, just as we have.

Wouldn’t it be interesting to know why? They might know some facts you don’t know. They might even care about the future as much as you do.

I have long suspected we all have the same goals, but we propose dramatically different routes to get there.

Peace and safety. Prosperity and productivity. Health care and education. Fairness and opportunity.

Is anyone against them? Our disagreements are only about how to define them, how to achieve them, and who best could lead us.

Finding the best route to a common goal really shouldn’t be a threatening conversation. Could we begin with the end in mind?

Please let me know if you have found a way to discuss current events in a group where not everyone agrees on the best course of action. Scroll down to the comment section below. It would be a great service to others! 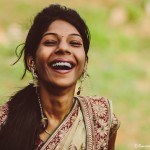 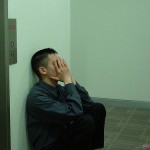 September 13, 2016 Force Yourself to Play This Game
Recent Comments
0 | Leave a Comment
Browse Our Archives
get the latest from
New Visions
Sign up for our newsletter
POPULAR AT PATHEOS New Visions
1

Insights from the Toltec Prophecies: 2021-2026
Wake Up Call
Related posts from Ellen Debenport