Are You the One Who Found My Credit Card?

Are You the One Who Found My Credit Card? December 31, 2015 Debra Landwehr Engle

Yesterday I stopped for gas at the QuikTrip just north of the freeway in West Des Moines. After I swiped my credit card, I apparently dropped it somehow because, when I went to use it an hour later, it wasn’t in my billfold.

I hightailed it back to the QuikTrip, my mind buzzing with alternating currents: “Please heal my fear-based thoughts” and “I don’t have time to deal with a lost credit card right now.”

I was late for a phone appointment, I needed to start baking for this weekend’s celebration, and the last thing I wanted was to call the credit card company and see if my card had been used to finance someone’s New Year’s trip to Hawaii.

When I got to the QuikTrip, I somewhat pitifully and a little bit hopefully asked the manager if anyone had turned in a credit card.

He opened the Lost and Found drawer, and there it was.

Now, this is where I could say, “My faith in humanity has been restored” or “I’m glad to know there are still honest people in the world.” But I’m not going to say those things.

First, even with all the awfulness of this past year’s bombings and caustic campaigning, I haven’t lost my faith in humanity. Being the embodiment of divine love, who else are we going to have faith in, if not each other?

And, second, of course there are still honest people in the world. It’s not that there’s any less of them. It’s just that our fear insists on trying to convince us otherwise.

I do wish, though, that I knew who turned in my credit card so I could thank them. But since I don’t, I’m going to thank you instead.

At one time or another, YOU have been that person who has picked up a lost credit card and turned it into the store manager.

You’ve been the one who has offered your shopping cart to a mom who’s juggling two toddlers in snowsuits and a baby in a car seat.

You’ve been the one who has stopped along the road to help someone change a tire, or stay with them until the tow truck came.

You were the one in the car ahead of me who paid for my chicken strips in the drive-through line and left a “Pay it forward” card with the cashier.

You were the one who, when a stressed-out driver cut you off on the freeway, offered a blessing under your breath instead of flipping him off.

You were the one who sent an encouraging text to a friend who was hurting, even though it was late, you were tired and you didn’t feel so encouraged yourself at the time.

And you were one of the military veterans who brought flags to my husband’s uncle’s funeral and stood outside the church in a quiet vigil, honoring him for his service in the Korean War.

Really, this is what it all comes down to, isn’t it? In a world where bombings and behaving badly steal the headlines and the 24-hour news cycles, these small acts of kindness create a kind of human superglue and make it possible for us to face the coming year with expectation rather than despair.

No matter how challenging life becomes, I can’t think of anyone I’d rather share the planet with than other people. Well, German shepherds and Labradoodles—and definitely redwood trees. But people, too.

I may not be able to thank you personally, but you know who you are. So here’s my New Year’s wish for you:

I wish you great karma for every little kindness you extended in 2015.

I wish you a mind filled with loving thoughts rather than fear.

And I wish you a 2016 that’s filled with the miracles all of us are capable of.

Have a very Happy New Year! 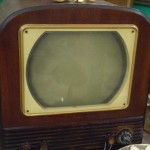 December 22, 2015
What Channel Surfing Taught Me About Christmas
Next Post 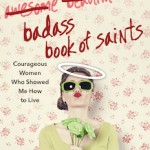 January 11, 2016 3 Favorite Qualities from My Badass Book of Saints
Recent Comments
0 | Leave a Comment
Browse Our Archives
get the latest from
New Visions
Sign up for our newsletter
POPULAR AT PATHEOS New Visions
1