3 Favorite Qualities from My Badass Book of Saints

The photo posted here has stuck in my mind ever since I saw it, and I’ve thought for weeks that it deserved a blog post. I didn’t know quite how or why until I read My Badass Book of Saints by Maria Morera Johnson, one of this month’s selections in the Patheos Book Club.

In the book, Johnson pays tribute to female saints and other courageous women, identifying the qualities they embodied.

Audrey Hepburn and St. Rose of Lima, for instance, represent “Passionate beauties who made the world a better place.” Irena Sendler and St. Christina the Astonishing are noted for their selflessness. Mother Mary Lange and St. Catherine of Siena are lauded for their outspoken advocacy.

As I read Johnson’s descriptions of the 24 women in her book, I started thinking about the women I know who face life with courage and spiritual insight.

Then I remembered this photo. When I looked at it in light of Johnson’s book, I realized it impressed itself on me because it was so “badass,” a word I’ve never actually used but so aptly describes the woman in the picture.

The photo shows my friend Rachel Regenold and three of her adopted family members, Charlotte, Finnigan and Amos. She’s doing the yoga Dancer pose in battle dress uniform, preparing for a fundraising event she held on Veterans Day.

A yoga teacher, she called the event Down Dog-Tags Yoga, with proceeds going to Paws and Effect, a nonprofit that raises and trains service dogs for veterans and children with disabilities.

Johnson’s book made me think of Rachel not because she’s always saintly, but because she’s consistently badass. Who else would do the Dancer in combat boots?

(By the way, her hair used to be down to her shoulders in an unruly cascade of red curls, but she got it cut to free herself from the past. That’s what I mean. Badass.)

I first met Rachel in 2008 when she enrolled in our year-long program of women’s personal and spiritual growth. A cancer survivor and Air Force veteran, she was invested in her career as a lawyer but felt disconnected from life outside work.

Within a few months, she decided she wanted to create a real home, something she hadn’t had for a long time—or maybe ever, since her childhood was filled with upheaval. Before long, she bought a house and adopted her first dog, Amos, a rescue from a puppy breeding mill.

Amos needed plenty of help adjusting to life outside his previous confines and getting used to accepting love. So did Rachel. That’s why you could say that Rachel rescued Amos, but you could also say that Amos rescued Rachel. Their relationship signaled a major shift from her mind to her heart.

Since then she has adopted two other dogs and a few cats. And now, despite the fact that she won the title of Public Defender of the Year a few months ago, she recently quit her job to teach yoga and go to massage therapy school.

Okay, I have to say it again. Badass.

As I studied that photo after reading Johnson’s book, I decided to choose three qualities from My Badass Book of Saints that I think Rachel represents. When we talked about them, she (not surprisingly) made some way insightful comments about each one.

1. Audacity. “I do love the word ‘audacious,’” Rachel says. “To me it means bold action. I don’t know if I would consider myself audacious. But I suppose quitting your job with no employment and going from lawyer to massage therapist could be considered audacious.”

One of the elements of audacity, she says, is taking action on your own behalf. “I had to advocate for myself. I’d always wanted to be a lawyer, and I may practice law again. But I had to be audacious on my own behalf to save myself from something that wasn’t working for me anymore.

2. Perseverance. “It’s sticking with something when it feels right,” she says. “You also have to know when something no longer feels right.” To develop that inner guidance, she spends time in quiet and listens for inspiration when she’s meditating, doing yoga or taking the dogs for a walk.

She also pays attention to synchronicity, and to what she resists. “When the idea of going to massage school first came up, my reaction was ‘Hell no.’ Then I realized I was resisting it so hard, there was something I needed to pay attention to.”

At the same time, she was developing an interest in essential oils, and she decided to talk to her spiritual director, Cindy, about her new interests. When she arrived for her spiritual direction appointment, the building smelled different than usual, and Rachel noticed a class taking place in the adjoining office.

“The IT business moved out,” Cindy said, “and now it’s two massage therapists who teach classes on essential oils.”

Rachel had her answer.

In making the transition from her full-time job, Rachel followed one guideline: “I listened for when something was right, and then I did it.”

It sounds easy, but it requires patience, Rachel says. “In 2012 I knew I wanted something different, and I knew that yoga, writing and animals would all play a part. I just had to wait and persevere in the in-between place, which is awful and hard to just wait there and not try to make things happen. I started a blog and went to yoga teacher training, but I had to wait for long time until the other parts became clear.

“I think a lot of people become frustrated and take a different route because it alleviates the pain of waiting in that in-between space.

“But the universe’s timing is not our timing at all. It’s frustrating. You have to be willing to persevere through the frustration.”

3. Compassion. Rachel wouldn’t name compassion as one of her primary qualities, but she’s willing to believe that she’s kinder than she realizes. “Compassion is best when we bestow it on ourselves first,” she says. “What I hope to get out of massage school is greater compassion and less judgment.

“You’re touching people’s bodies. A person’s body is sacred. In our culture we so value the image of perfection and youth and beauty that it makes us self-conscious. So to lay yourself on a table naked under a sheet and allow a person you don’t know to massage you is a very vulnerable thing. It takes a great deal of compassion.”

Rachel’s four-legged family has made her a more compassionate person, too, starting with Amos. “He’s 12 years old now and struggles to get up sometimes,” she says. “I get impatient with him because I need to get somewhere. How can I treat him that way? He has been the sweetest presence in my life. I have to stop myself and realize that he’s doing best he can right now.

“The animals are my constant reminder. If I’m out of sorts and Char is anxious and Finnigan gets snarky, they’re my mirror. They’re a reminder that I set the tone in my household. If I’m disgruntled or impatient, we all suffer.”

And when she’s following her heart to live out her badass wisdom, everybody benefits.

This is what I appreciated most about My Badass Book of Saints—the fact that it made me think about the courageous women in my life who show me how to live every day. It’s very possible that none of us will meet an actual saint in our lifetime, but we’ll travel this journey with countless women who embody the qualities Johnson documents in her book, and more.

To Rachel, Johnson’s heroes, and all the women in your life who demonstrate courage every day, may there be a Badass Badge of Honor. Our lives wouldn’t be the same without you. 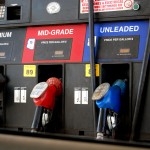 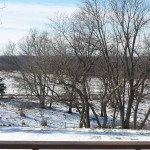 January 14, 2016 Forget the Resolutions. What Do You Value Right Now?
Recent Comments
0 | Leave a Comment
"Love, love, LOVE this! Sorry it took me 4 years to stumble across it!"
Donna A “Miracles” Message to Donald Trump
"I wish we could wish for another president, lol, but I guess this blog will ..."
madison_kelly 5 Spiritual Steps to Ease Tensions ..."
"When I was a kid, about the age of 6 I was very shy and ..."
Nicholas Premonitions – No Ordinary Dream
"Thank you, Claire!"
Debra Engle A “Miracles” Message to Donald Trump
Browse Our Archives
get the latest from
New Visions
Sign up for our newsletter
POPULAR AT PATHEOS New Visions
1