Going to School on AlphaGo: the science and beauty of learning

Going to School on AlphaGo: the science and beauty of learning February 8, 2018 Bruce Baker 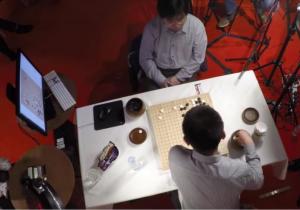 “Beauty is a signpost to deep learning.“

The 2017 prize-winning documentary, “AlphaGo” tells the story of the computer program that beat the world’s #1 Go professional, Lee Sedol, in March 2016.

It’s a great movie and inspiring story. AI experts figured it might be decades before a computer could beat the world champ. But backed by the deep pockets of Google, the team at DeepMind software (Google’s huge machine learning project) created a computer program that mastered the game in just a few years.

Go is an ancient Chinese board game played by more than 40 million people worldwide. Its rules are simple—players take turns placing stones on a 19×19 grid, but there are more possible moves in a single game than there are atoms in the known universe. It’s impossible for a computer to consider every possible configuration on the board, so traditional programming methods don’t work. Humans rely on intuition and a holistic awareness of spatial structure as patterns emerge during play.

The scientists and programmers at AlphaGo had to use new methods to train the computer. They achieved this breakthrough by giving AlphaGo the ability to “learn” the game somewhat as humans do—by playing. The computer “learned” Go strategy by playing games against itself. Demis Hassabis, CEO of DeepMind explains how “machine learning” works:

We built a system, AlphaGo, that combines an advanced tree search with deep neural networks. These neural networks take a description of the Go board as an input and process it through 12 different network layers containing millions of neuron-like connections. One neural network, the “policy network,” selects the next move to play. The other neural network, the “value network,” predicts the winner of the game… the most significant aspect of all this for us is that AlphaGo isn’t just an “expert” system built with hand-crafted rules; instead it uses general machine learning techniques to figure out for itself how to win at Go.

“AlphaGo” tells the story of this groundbreaking development. The computer’s wins are stunning, and the technology is fascinating. But for me, the most awe-inspiring moment comes in Game Four of the tournament. [spoiler alert!]

Lee Sedol loses the first three games. Then in move 78 of game 4, he spends a long time thinking, and makes what the scientists start calling, “the God move”. It is unexpected, bizarre, beautiful and creative. Lee Sedol tries to explain why he did it: “It was the only move.” AlphaGo is unable to parry this stroke of genius, and Lee Sedol goes on to win the game. He has somehow managed to find a way to beat AlphaGo after playing only three games against it.

The computer wins the fifth and final game, taking the tournament 4-1. Lee reflects on the experience. He is not crushed in spirit; but rather he is inspired. He says, “I have found the reason I play Go. I realize it was a really good choice, learning to play Go.” His interaction with AlphaGo has inspired him to raise his game to a higher level, and he finds purpose in it.

His sense of purpose reveals the strength of the human spirit. Commenting on Lee’s performance, Cade Metz observes, “His humanness was expanded after playing this inanimate creation.”

There is irony in this outcome. New technologies like artificial intelligence sometimes raise fears that they will rob humans of dignity by doing things that were previously thought to be solely within the realm of humans. Lee Sedol has the opposite reaction. He has become more human, by discovering new insights. He has learned something about himself and something about Go. He is inspired to achieve an even higher level of play. The machine named “AlphaGo” turns out to be not his master, but rather a tool he can use to raise the level of his performance.

Other Go and chess professionals have had similar reactions. The European Go champion Fan Hui sees beauty in the AlphaGo project. “I feel beautiful. Maybe it can show humans something we never discovered. Maybe it’s beautiful.”

Beauty bears witness to a transcendent, higher purpose. Beauty is appreciated within the context of a telos that brings meaning and purpose to existence. At the end of the day, this marks the difference between machine learning and human learning. What sets human learning apart is that it takes place within the context of a higher telos—a transcendent purpose that gives it meaning.

Humans see beauty in new discoveries and new insights, but AlphaGo has not been programmed to seek beauty. AlphaGo has no transcendent telos in which to perceive beauty. The machine has been given a goal by its creators—to win a game—but humans’ telos is qualitatively different.

It is fair to say that the machine has “learned” something. After all, it got better at winning games of Go. But this type of learning is purely self-referential. The machine’s ability to learn is confined to quantitative calculations of probabilities, and it will never transcend the mechanistic, measurable goal assigned to it by the programmers. Human learning is categorically different. Human learning transcends mechanistic definitions, and deterministic processes. Human learning takes place within the context of a higher-order telos. Beauty is a signpost to this overarching telos.

AlphaGo is an amazing achievement—a true breakthrough in machine learning. But perhaps the greatest lesson learned in this story is that the human ability to discover new insights and find meaning in them is connected with a sense of purpose that transcends the ability of the machine.

February 13, 2018 The Information Revelation
Recent Comments
0 | Leave a Comment
Browse Our Archives
get the latest from
Digital Wisdom
Sign up for our newsletter
POPULAR AT PATHEOS Evangelical
1 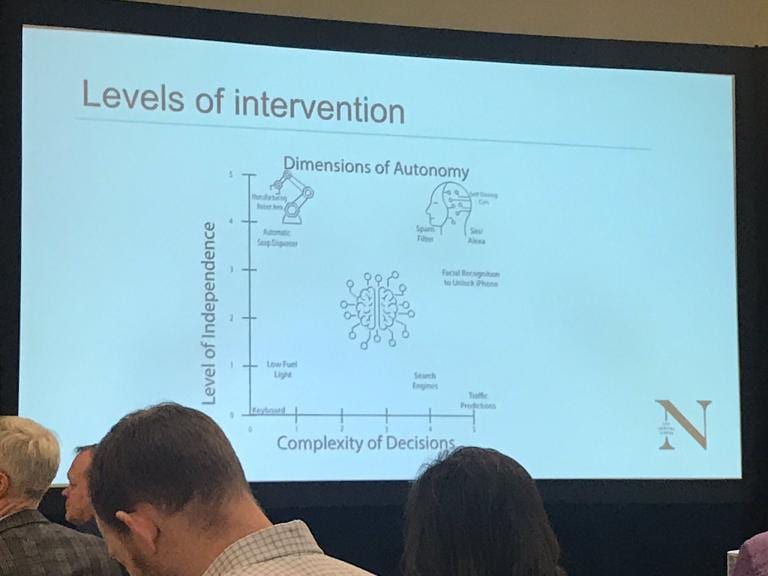