I had a few unlikely teachers from whom I accidentally learned really crucial parts of my practice.  One of those teachers was Dr. Seuss.  A large portion of my entire spiritual system is based on Horton Hears a Who and The Lorax.  Shel Silverstein was another.  Whatever his personal issues, he delivered to the world this:

Listen to the shouldn’ts, the impossibles, the won’ts.

Listen to the never haves, then listen close to me…

And then there was Sir Terry Pratchett. 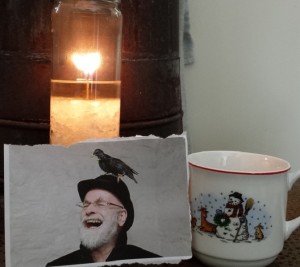 I came to his books later in life.  I was in my 30s when I began with him.  I read and enjoyed lots of his work, but it was the four books* of The Tiffany Aching Adventures that have a whole mess of post-its sticking out from between the pages.

Many of you will have read the series, but if you haven’t, go do that and come back.  Or better yet, be inspired to read them by these little snippets.

Granny Aching, it had to be said, had never been seen to pray to anyone or anything in her life, and it was agreed by all that, even now, she wouldn’t have time for a god who didn’t understand that lambing came first.

Or this, which Granny Weatherwax tells Tiffany when talking about what she might give up in exchange for occult secrets:

And this, in a footnote:

But don’t answer yet!  There is also this, a graveside prayer:

If any ground is Consecrate, this ground is.

If any day is Holy, it is this day.

And this, describing a most important skill of the craft:

Nanny Ogg rambled from cottage to cottage along the paths cut in the snow, drinking enough cups of tea to float an elephant and doing witchcraft in small ways.  Mostly it seemed to just consist of gossip, but once you got the hang of it, you could hear the magic happening.  Nanny Ogg changed the way people thought, even if it was only for a few minutes.  She left people thinking they were slightly better people.  They weren’t, but as Nanny said, it gave them something to live up to.

The beauty and power of these insights is directly related to how Sir Terry offers them.  There is no pretense.  There is no moral directive.  You won’t feel bad if you don’t ‘get it’ right away or if you laugh at how things are worded.  These books are not designed to teach you anything.  But the philosophy seeps in, nonetheless.

It’s pretty much an object lesson on how Pratchett’s witches teach and learn their craft.

Pay attention to the world around you.  Don’t be afraid to go your own way and call out those naked emperors.  Take care of your own self.  Clean up your messes.  Take pride in what you do, whether that’s making cheese or caring for pigs, or riding the hive mind of bees.  Or creating brilliant, hilarious works of “fiction”**.

Resquiat in Pace, Sir Terry.  Thank you for your gifts and presence.  Blessed be your journey.

*I just discovered that there is a 5th Tiffany Aching book supposedly set to publish sometime this year.

**Fiction, schmiction.  What’s true is true, on the page, in the head, by the hands.

Edit 3/14/15:  a couple other good articles on this subject from other Patheos Pagan writers:  from Sable Aradia at Between the Shadows and from Yvonne Aburrow at Sermons from the Mound 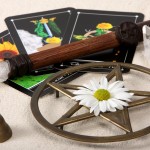 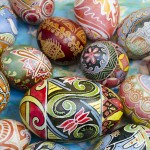