First Fruits and Ferments for Lammas

Here we are in that most excellent time of year, Lammas, which means berry-cherry-peach-nectarine-lemon-orange time! Where I live on the central coast of California, lots of local vegetables are available year-round, but not so much with the fruits. And first fruits + heat of summer = perfect fermentation.

Many folks know that I abstained from alcohol for 20 years because of some truly terrible behaviors in my youth. During those many years, of course, I’d grown and matured and figured out more skillful ways to handle my challenges. All this to say that, at Samhain of 2015, I had my first tipple since 1995. It was at a powerful ritual, hosted by one of my beloveds, and she’d prepared, for the simple feast, an infusion of Teeling whiskey with herbs, spices, and fruit. It was amazing. And inspiring!

Here at Dirt-Heart Farm, we have always preserved lots of what we grow (and buy from other locals), either canning, freezing, dehydration, or fermentation. And fermentation is one of my favorites! The partnership between the living fruit, our working hands, and the tiny microbes that do the work of ‘controlled decay’ as it’s been called, is truly magickal.

We’ve made Ginger Beer and other fermented sodas, including Blackberry. Once I decided to no longer be on the teetotaler train, a whole new world (of beverages) opened up. And we’ve been experimenting ever since: meads, wines, beers, liqueurs, infusions, distillations; there are so many possibilities.

One of the things I enjoy most about this project is being able to preserve some seriously magickal beverages. For instance, for our community Beltane ritual, we used rose petals from our Cecile Brunners to delineate the circle. A month later, we used roses from those same plants as ‘handfuls of gratitude’ for a Thanksgiving in the Spring ritual. Afterwards, I collected many more petals to make a Gratitude wine, a rose and lemon concoction which should be ready to drink right around Beltane of next year.

My husband has been making some amazing meads, including what he called Holy Fire. It was made with local honey and blended with just a bit of vodka infused with chilis from my parents’ home. Later, he took that same recipe and added to it a pomegranate wine that I’d made; it totally hit the tart, sweet, and hot buttons at once. He called that one Rapture and it was truly transcendental.

One of the things that’s really worked for us, being in this little town, is to ask on Nextdoor (a sort of local social media for neighborhoods) if anybody has any fruit that’s going unharvested for any reason. Last year, Matthew gathered probably 150 pounds of Santa Rosa plums from a neighbor, to whom we recently delivered some finished wine. We all agreed that it was a good deal.

More recently, we connected with a woman whose lemon tree was falling over from the weight of all the fruit, so we helped her out by taking away about 60 pounds of lemons. Most of the juice has gone into the freezer, with a gallon or so fermented into hard lemonade.

Other neighbors have offered us pears, nectarines, oranges, grapefruits, and pomegranates, so the fruit fermentation experiment continues…

Right now, in buckets, carboys, old gallon jars, and a few of those drink dispenser thingies they always sell in the summertime, we have 39 gallons of ferments and infusions going.

Yes, that is a lot. But it’s summer! And our peaches are ripening! And plums! And because we don’t grow them, we have to buy cherries, but right now they are $3/lb instead of $7/lb and they’re local! So basically, it’s all good.

It’s just another way to capture the feeling of late summer. When the dark time comes, we can open that special bottle and remember the beauty and wonder of the first fruits harvest.

Over the next few weeks, I’ll be posting recipes and progress reports on all the yummy goodness we are brewing up. Stay tuned! 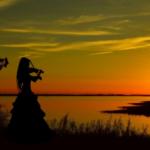 May 22, 2018
Connecting to Your Birthright of Joy
Next Post 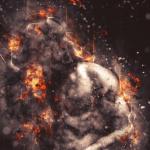 October 25, 2018 A Catharsis Spell to Quit Practicing Avoidance and Free Your Creativity
Recent Comments
0 | Leave a Comment
Browse Our Archives
Follow Us!

Protection & Clarity of Thought Spells
Whether you are seeking to protect your emotional well-being, reinforce your confidence,...
view all Pagan blogs
What Are Your Thoughts?leave a comment
Copyright 2008-2020, Patheos. All rights reserved.