The Sacrifice of the King ~ A Story of Autumn in the Village August 1, 2019 Jenya T. Beachy

There are many who envy me this night. It is an envy mixed with awe and some fear. I hear their hushed voices floating through the crisp Autumn air:

She must be so proud.

Yes, when Aiden returns, he will bring all blessings.

IF he returns, you mean. Never forget, there are some who don’t!

Of course. But even that destiny has its own honor.

So many voices and I know them all. I have been raised up in this village, living and loving and working, cheering along with the others at the Games. Yet tonight, I am alone. Tonight, my Beloved has gone to the fields, to lie down and offer his life to the Goddess. Whether he returns to me or not, it is Her will. 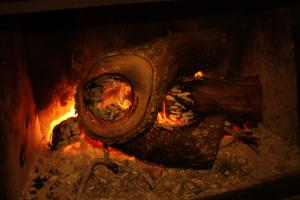 We never know whether our sacrificial King will be required to literally give his life to the land. It has not happened since my childhood. It was a cold morning, those many years ago, when the Old King didn’t come back after his night on the land. The village waited and waited through the sunrise for him. Finally, the priestess went with his family to the fields. When they returned with his body, his wife and children weeping, we all went to them. We spoke our gratitude. They would never want for anything within our power to give. Her husband, taken into the arms of the Goddess for the good of the tribe…just imagine!

Yet, she never smiled. Until the rain started. And then it was as though the wetness of the Earth invigorated her, brought her too back to life. Since that day, there has not been a time that the Old King did not return on his own power, but then, the harvest is as bad now as it was then.

What goes through the Goddess’ infinite mind as She chooses? This one may not live, that one may, though any who are chosen as the Avatar of He Who Dies and is Reborn will be changed forever. There are many of those among us, of course. We hold the Games each year. Without exception, all who return from their longest night have no memory of what has occurred, and all of them spend the rest of their lives a little more than they once were. There is a new light that shines in their eyes, some new joy in the smallest things. The ties that bind child to parent, partner to partner, become stronger and yet looser, for their vision has become so great, their heart so limitless, that they perceive all folk as their close kin. This is a marvelous power, to love with such intensity and so widely, and it carries its own challenges. When one sees all the world with the eyes of a parent or a lover, one feels an awesome responsibility to protect and nurture all the world and its creatures. This is the transformation that the Sacred King embodies. 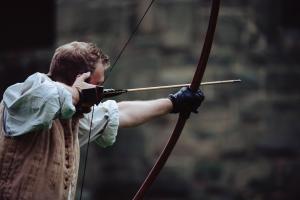 I remember a year and a day ago, laughing and running and scrabbling in the dirt, chasing the pig, shooting the bow. (For it is not only the men of the village who vie for the honor of being King. We understand that our Goddess does not care what form our bodies have taken this Turn). I suppose I had never considered what would happen if my Beloved was chosen. I had thought of my own sweet self; I was willing to make sacrifice for the good of the tribe. But the Goddess decided that it was not my turn, and I slipped in the mud early on and spent the rest of the day cheering from the sidelines. ‘Best this way’, I thought at the time, ‘my babes are still young and they need me.’

But as each game was played and Aiden was victorious time and time again, suddenly it occurred to me: it could be him. He could be chosen by fate and the Gods. I became fearful, for no matter the outcome, my life would be changed forever. These selfish thoughts simmered in my mind, finally settling into an attitude of acceptance and deep pride by the time he was crowned. For I recognized that, while he may indeed become lost to me, he will become found to the Goddess.

And over the past year, he has been honored above all in the tribe. Yes, it has been a good year. As his family, we never lacked for anything, Aiden especially. He wore the warmest cloak, drank the finest ale, ate the freshest of foods, the heart of every animal killed. He was held and kissed and loved. I thank the Gods for his many lovers, my dear friends. They will be my comfort in the days to come, if he does not return.

Yesterday, the Autumn Games were played again, Aiden presiding. Each time a winner was chosen, he was the one who received their bow and bestowed upon them a kiss. Until the last challenge was met, and it was young Conor receiving the wreath of victory. Aiden placed it upon his brow, lovingly, and embraced him. Conor’s partner and I exchanged glances. This honor was a two-edged blade and I told her that with my eyes.

The feasting and revelry began then. Any thought of the future was pushed aside by the singing, the drinking and dancing, the tall tales and laughter into the night. We finally made it home to our 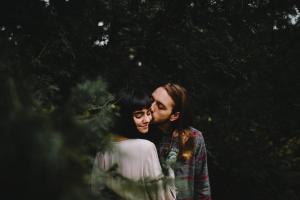 own bed, and I slept, wrapped in Aiden’s loving arms, our children tangled around us. Later we awoke and put the children in their own bed. Then we made love like it was our first time, though indeed it may have been our last. We spent the next day together, meandering around the village. Aiden wished to walk every inch of our land, and I saw his eyes memorizing it all, taking it in, like gathering food for a very long journey. Then, as darkness fell, we walked together to the center of the village, our children in tow. Quiet, all of us.

The crowd was already gathered, waiting solemnly, the new King Conor among them. As we arrived, drums began a slow rhythm, a funereal music, worthy of this occasion. The Priestess spoke; I hardly listened…something about the rain or lack thereof, the elders and children who had died this year for lack of food, the sickly animals, the hope that the Gods would help us and bring us back from the brink of death. The hope that our Sacrifice would be worthy of the journey to the land of the Gods, and that they would listen to our prayer for aid with merciful ears. 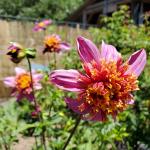 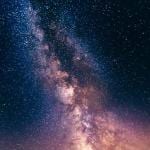 August 17, 2019 Birthday Candle Witchcraft
Recent Comments
0 | Leave a Comment
"This resonates so deeply with me."
Michael Key Thou Shalt Have No Other Gods ..."
"I am generally not a fan of Craft activities borrowing from Christianity. My sense is ..."
Pitch313 The Ole Time Good Spell Feri ..."
"Meaningful. I used to run along wild paths, which was a meditation in that I ..."
Michel A Guided Journey to Meet the ..."
"Yes. I hear you. As I believe so many of us do right now. The ..."
The Divine Feminine App Some Imbolc Advice from One of ..."
Browse Our Archives
get the latest from
Dirt Heart Witch
Sign up for our newsletter
POPULAR AT PATHEOS Pagan
1

Autumn Is Coming, And Too Many...
Tea Addicted Witch
Related posts from Dirt Heart Witch