What Kierkegaard Knew About Charlie Hebdo

Patheos Explore the world's faith through different perspectives on religion and spirituality! Patheos has the views of the prevalent religions and spiritualities of the world.
In an important guest post on Discourses on Liberty, Charles Taylor recalls a work wherein Kierkegaard warned about the dangers of mass media, not as a source of information, but as a site of the manufacturing of false and abstract collectivities, what he called a “phantom public”. The danger of this “phantom public” was twofold. The first danger was that, precisely because “the public” is a media manufactured abstraction, it served to remove the media consumer from the reality of the event being reported. Rather than giving the media consumer an appreciation of the nuances of an event, the media instead “empties events of real significance by focusing on trivialities”.
What is more insidious, however, is that apart from eviscerating a story’s content, the media’s creation of the “phantom public” also has an even  more insidious homogenising effect on the media consumer’s identity and thought. For in Taylor’s words “the media and press are actively creating a society that takes away peoples’ individuality and treats everyone as a single all encompassing ‘mass’ entity.” Under such circumstances, nuance is squeezed out of the realms of possibility, as the scope of what counts as a valid opinion to be held becomes more and more drawn into the maw of the media.

Take for instance, the narrative threads coming out in response to the recent Charlie Hebdo shooting in Paris, and the resultant generation of the #jesuischarlie hashtag, which in turn became the catch cry of that weekend’s million man march in the streets of Paris. What has become apparent was the collapse of solidarity with the victims of violence with an affiliation with the contents of Charlie Hebdo, which is in turn collapsed into celebrations of European civilisation, with those participating in the counter campaign of “I am not Charlie” being lampooned as purveyors of hate or national division or being championed by some as the voice of courage winning out over the timidity of the PC-thugs. Regardless, one nonetheless feels almost pressganged into one or another position as a sign of one’s acceptability in the eyes of “the public”, with the refusal to comply with such manufactured opinions becoming synonymous with the hatred of civilisation on the one hand or cowardice on the other.

This media-facilitated collapse has all but erased the other possible responses and other narratives, such as the qualified solidarity with victims coupled with the condemnation of highly offensive material, the legacy of French imperialism in the areas from which those who perpetrated hail, the experience of reprisals in the wake of the attack, or even the recent spate of anti-Semitic attacks by the French, or even the role of the media tail in wagging the civilisational dog.

It would seem opportune at this crucial juncture to revisit Kiekegaard’s critique of the media which, though centuries old, still maintains a strange freshness. Taylor’s summary of Kierkegaard is an excellent place to start.

Abby Johnson and the Problem With...
Femina Ferox
Related posts from The Divine Wedgie 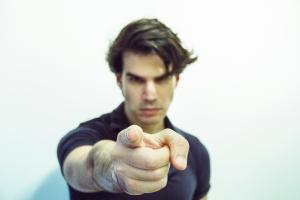 Catholic
Why Accusation Dehumanises, but Not in the Way...
The Divine Wedgie 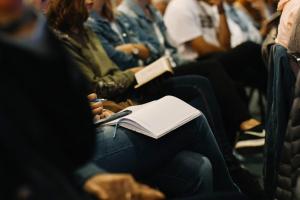 Catholic
So a Catholic walks into a Pentecostal Lecture...
The Divine Wedgie
TRENDING AT PATHEOS Catholic