Out Now: The Way of the Cross with Zombie Jesus

A previous post mentioned the imminent arrival of Matthew Tan’s second book, Redeeming Flesh: the Way of the Cross with Zombie Jesus, published by Cascade Books, an imprint of Wipf and Stock.

As an update to that, this is to announce that the book is now available for sale and can be purchased at most popular online bookstores. You can also get an online purchase discount by visiting Wipf and Stock’s website.

“Exploring the popular meme concerning all things Zombie, Matthew Tan follows their shambling steps from the Enlightenment anxiety concerning death, to the attempt to gloss over death in this our hyper-consumerist and increasingly virtual world. He finds that haunting our world is a loss of the sense of the sacramental. If you want to know what it is the new Christian cultural critique is saying, this is the book for you.”

”In what is both an engaging and academic work of cultural critique, Matthew Tan traces out the way in which the modern anxiety over death plays itself out in popular memes such as the Zombie. Tan is part of new wave of Christian cultural critique–informed, critical, and orthodox–and his conclusion is that in a world that has lost the sense of the sacramental we end up in a consumer culture that feeds on itself and not on Christ.”

”Redeeming Flesh is both an entertaining and informative work that represents the new wave in Christian cultural critique. If you want to know what contemporary Christian commentators are saying in their engagement with hyper-consumer culture then this is an excellent place to begin. Tan is orthodox but not given to nostalgia, for he understands that if we are to bring the world back to its senses then we ought to look deeper into its popular culture.”
–Robert Tilley, lecturer in Biblical Studies, The Catholic Institute of Sydney; author of Benedict XVI and the Search for Truth

“Whereas people used to scare themselves with ghost stories about disembodied spirits, now Western culture fascinates itself with tales of soulless bodies. Tan’s book masterfully blends analysis of how zombie fandom discloses uncomfortable truths about the roles of both body and soul in consumer culture with a daring theological agenda, in which the potential for Christian witness to reclaim its scandalously embodied nature shines forth. This book is theology of culture written at the very highest level.”
—Robert Saler, Christian Theological Seminary

”Matthew Tan makes zombies come alive in Redeeming Flesh. He shows that, when given their cultural and literary due, zombies show us how to live, that is, to live after death. After reading this text, which blends together textual analysis, psychoanalytic wit, and theological insight, one cannot look to either christological devotion, liturgy, or zombie phenomena without seeing them in each other. Living as the undead never sounded like such good news.”
—Silas Morgan, Loyola University Chicago

To get your online discount, click on the link here. 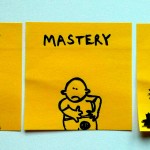 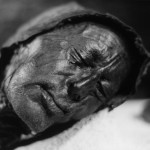 August 1, 2016 A Narrated Corpse
Recent Comments
0 | Leave a Comment
Browse Our Archives
get the latest from
Catholic
Sign up for our newsletter
POPULAR AT PATHEOS Catholic
1

What If Someone You Love is...
Public Catholic
Related posts from The Divine Wedgie