The Tenacity of Tradition

One of the elements of tradition that was supposed to have been left behind is religious adherence, broadly defined. “supposed” is emphasised because, as a literature like Mark Juergensmeyer’s The New Cold War? and Peter Berger’s work on the so called “Desecularisation thesis” and events from the Iranian Revolution to the American elections attest, the idea of a constant secularisation and casting off of religion (popularised by sociologists like Max Weber) appears to be somewhat overly simplistic.

What is more, books like William Cavanaugh’s The Myth of Religious Violence provide some insight into the idea that, as a species, we really are not ready to live a tradition free life. So much so that our processes of casting of tradition, end up looking like the institutionalisation of a substitute tradition. Two rather explicit historical examples of this that spring to mind are the French revolutionary attempt to progress beyond the Catholicism of the ancien regime with the “Cult of the Supreme Being”, and Mao Zedong’s “Proletarian Cultural Revolution”, which tried to eliminate the “Four Olds” by ritualising public denunciation of supposed enemies.

A recent, more affirming example of the tenacity of tradition can be found in David Yamane’s Becoming Catholic, which is an illuminating case study of the sociology of conversion to Catholicism in America with reference to the Rite of Christian Initiation for Adults. Yamane interestingly points out that amidst the constant fluidity and change that is built into the DNA of America:

At the same time that Americans have nearly unlimited discretion to choose and an inprecedented number of options from which to choose, they frequently opt for convention (4)

This stems, Yamane claims, not with some strategic material aim in mind, at least not primarily. Rather, the search for tradition stems from a desire to be “home”.

What is interesting about Yamane’s work is that it cautions against an overly romanticised “return to tradition”, which works on the assumption that reviving things as things were “back in the day” would solve the problems of anomie. Yamane’s work on the return to tradition comes with an interesting twist, that such traditions need to negotiate with the texture of local contexts in order for them to properly function as traditions, as processes that give the experience of home to those seeking shelter from the storm of progress. 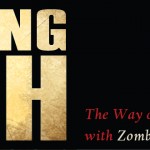 September 5, 2016
New Podcast: The Way of the Cross with Zombie Jesus
Next Post 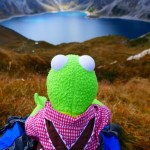