New Podcast: The Way of the Cross with Zombie Jesus

New Podcast: The Way of the Cross with Zombie Jesus September 5, 2016 Matthew Tan

Catholic Youth Broken Bay, the part of the Diocese of Broken Bay’s Office for Evangelisation, recently organised a “Twilight Talk” of Redeeming Flesh: The Way of the Cross with Zombie Jesus. The talk, summarising the new book published by Cascade last month, was aptly held in a restaurant that once served as the local morgue.

Mentions of the book are beginning to emerge in the blogosphere, with Artur Rosman of Cosmos in the Lost providing the first review of the book with the tagline “the title and premise are totally weird, but they work”.

The book previously had a mention earlier this year via an interview with Robert Hiini in Sydney’s diocesan newspaper The Catholic Weekly. 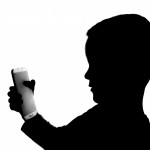 August 29, 2016
Guestpost by Kamila Soh: When Pokévalues Catch our Attention
Next Post 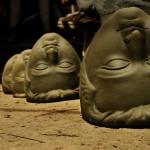 September 11, 2016 The Tenacity of Tradition
Recent Comments
0 | Leave a Comment
Browse Our Archives
get the latest from
Catholic
Sign up for our newsletter
POPULAR AT PATHEOS Catholic
1