How Should Christians Respond to “the Feels”?

Nowadays, it is used to describe two things at once. At one, more literal, level, it is used to describe your feelings, your emotional state. However, as a whole slew of “Right in the Feels” memes is demonstrating, it is also, at a more figurative level, referring to some part of your person that you either cannot express in words, or are just too lazy to find the words for. It is a deep, pondering part of the self which one’s feelings or emotions touch upon but never fully grasp.

Some might even go as far as to suggest that “the feels” may be the threshold of the soul. If not that, a number of New Age practitioners, astral guides, and trance music DJs would suggest at varying degrees that “the feels” denote this strange borderland where one is on the cusp of taking leave of one’s temporal existence and enters into a transcendent plane.

What is more, postmodern culture is now one that is flooded with “the feels” coming in various forms of packaging. From milk to deoderant, from shampoo to cars, from political rallies to online-generated dates, the product or event seems almost secondary to the swoon of emotion one acquires in the process of acquiring the product.

How might the Christian respond to “the feels”? Condemn it outright in a meme? Embrace it with a meme? Or should the Christian tradition delve into its own resources, which go back into the early centuries of its existence, and discover a number of surprising nuances?

Consider, for instance, the Praktikos, written by the fourth century Egyptian monk, Evagrius of Pontus. The Praktikos is striking for its incisive understanding of psychology. Yet, what is also striking is that Evagrius does not seem to make any distinction between psychology and demonology. When looking at his most oft-quoted section in the Praktikos, that concerning the “demon of Acedia”, Evagrius wrote about how one’s feelings of restlessness, despair and isolation constitute a demonic attack. “The feels” for Evagrius were thus an important part of one’s discipleship as a hermit in the desert, over which the hermit should exercise vigilance as a zone of the spiritual. As a sidenote to this, it is interesting that, before Evagrius, the greek philosopher Aristotle used the word eudaimonia to denote a person’s full flourishing, which includes the flourishing of one’s emotional life. Yet, rather than use “emotion”, Aristotle used incorporated the word daimon – spirits – into his concept of flourishing.

Speaking of Aristotle, in the medieval period, the Christian has no less than Thomas Aquinas writing on the emotions. Drawing on Aristotle, Aquinas spoke more appreciatively on the emotions, describing them in his Summa Theologiae as an important component for stirring one to live a life of virtue when they are ordered rightly. What is noteworthy for Aquinas is that the virtues are not simply good actions. They are also actions that ennoble one’s nature, preparing them for one’s end, ultimately located not in this world, but in the Beatific Vision. Left disordered, that is, disconnected from the use of one’s reason, however, “the feels” can become an obstacle to the focussed practice of virtue. Because of their constantly shifts, “the feels” can actually lead one on an erratic chase of one temporal thrill after another, anything other than the pursuit of one’s heavenly end.

These two figures (there are many others) are strong indicators for the Christian that “the feels” cannot be dismissed as mere fluff, details we can dispense with in order to focus on the life of faith. They form what Aquinas affirmatively called “the affective life” which, like all walks of life, can only come about through proper formation from someone outside the individual doing the feeling. As part of our embodied personhood, they are as much a part of the life of faith as the intellect. Yet, the attention to one’s feels should not give way to an emotionalism, a primacy of emotion over the intellect which could serve the ends of demons, insofar as the demons are charged with putting obstacles in our path towards our transcendent heavenly home.

A time flooded with “the feels”, therefore, can constitute a very important entry point for a theologically charged, postsecular scholarship. 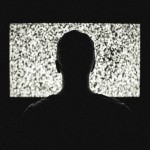