In the Christian tradition asceticism, or the deliberate denial of certain pleasures and appetites, is considered by many to be the path towards greater holiness and sanctity. The more one denies oneself, the stronger the indicators that the person undertaking such denials of the appetites, and the eschewing of pleasure, is on the path towards sainthood (of the non-canonised variety).

Generally, this is a correct orientation for the Christian to take to a life of asceticism. Having said that, this is not an unqualified statement. Drawing upong the writings of Thomas Aquinas, Cavin College’s Rebecca Konyndyk DeYoung argued in her Glittering Vices that the kind of asceticism described above cannot be pursued for its own sake. These denials of pleasures must be embedded within a more active pursuit of virtue. That is, the negative denial of pleasure must also be coupled with the positive good of inculcating the habits that make one fulfil the dignity and nature that God had bestowed on the persons being and on the person’s community (many tend to forget that Aristotle’s, and by extension, Aquinas’ notion of a person’s nature is tied to a being in community). In DeYoung’s words, asceticism must be tied to the “‘becoming’ or ‘befitting’all that God calls us to be and do, and for those with whom we live out that calling” (150).

To understand why this is so, DeYoung alerts our attention to Aquinas’ observation that pleasure in and of itself is not an evil, but is actually a temporal good befitting our embodied nature. Furthermore, Aquinas “(via DeYoung) actually says that “the more natural and necessary the activity [for our embodied person]…then the more pleasure God designed to accompany the activity” (147). Pleasure then is actually good when it is befitting our nature and when it aids in the pursuit of virtue.

Because of this, an asceticism that is uncoupled from virtue, an asceticism for its own sake, becomes an avenue for vice for a number of reasons. First, it regards as an evil that which God designated a good, a rendering unclean what God has rendered clean (to paraphrase Acts 10:15), which then feeds the vice of pride.

Second, an asceticism for its own sake denies the good of sociality, since it both draws attention away from others (including that of God), and towards the ascetic. An ascetic for its own sake will begin to emphasise one’s own virtue and compare it with the perceived vice of others when they show signs of properly enjoying the goods of this world. This is problematic because, as Augustine observed in his City of God, the gravitating of love towards one’s own person rather than another is the beginning of the negation of one’s own nature.

Third, insofar as an asceticism for its own sake makes one’s own sense of virtue the central focus and purpose, the practice of denial of pleasure as a means of self-aggrandisement can actually mutate into a practice of the vice of gluttony. This is so because, as DeYoung makes clear in her coverage on the vice of gluttony, gluttony can not only take the form of taking in too much physical food, but also the taking in of anything that feeds one’s ego and lust to dominate others.

The brake against this vicious kind of denial then is not only to practice denial in and of itself – indeed, such a denial can risk creating the “sour faced saints” from which St. Teresa of Avila asked God to deliver her – but to also make such a denial an opportunity to evaluate oneself in light of the pursuit of God’s calling to fulfil your nature and purpose. This requires not just the practice of denial, but also the other practices in one’s own life, but also one’s own life in the context of a communal living, particularly in the communion of saints. These others, far from being a distraction to the call of virtue (which is the point of asceticism anyway), can actually function as aids to it, checking the degree to which supposedly holy practices get oriented towards the self rather than to others and to God. 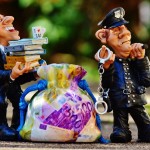 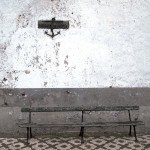