Things Themselves: Phenomenology After Trump

Or WWJD, as in “What Would Jean (Baudrillard) Do?”

More on this later, but first, to the “things themselves”, which was a phrase coined by the German philosopher Edmund Husserl. In the twentieth century, Husserl was credited with the founding of the philosophical subdiscipline called phenomenology, broadly understood as the study of the depth of meaning found in the experience of things in and of themselves. By that, one means an experience of things not mediated by anything that could artificially distort, obscure, enlarge or minimise the experience of the depth of the reality of things.

Why this is raised is because it seems that the depth of things – or more accurately the hollowing out of that reality – lies at the heart of the recent victory of Donald Trump in the presidential race in the United States. This victory, unprecedented at one level but unsurprising at another, is the fruit of a lot of material and social causes. However, one thing seems to undergird all these causes, which is the powerful mediating role of 24-hour news, social media and round the clock online news coverage by outlets with their own angle to spin for profit.

Though not exactly unique in kind (a reading of Chanon Ross’ account of elections as spectacle in his Gifts Glittering and Poisoned bears this out), this election is striking in terms of the degree to which a people’s experience of the world is mediated by the shining veil of the screen. Opinions, evidence, factors and desires have all converged onto lights filtered through pieces of perspex or glass. More precisely, things in and of themselves have become abstracted and filtered, their depth and nuance vacuumed out to make the representation highly pliable at the point of production, and also go down nice and easy at the point of consumption.

Apart from making our eyes sore, and apart from vacuming out the fecundity of things, the saturation of  our cultural landscape with these abstractions, these digitally thinned out holograms and their collapsing into our experience of the world has trained us to regard abstractions as more real than the actual things they represent.

It is here that we return to Baudrillard, because it was he that came to describe this condition of rendering simulations and simulacra as more real than actual reality in one pithy word – “hyperreality”. The abstractions may rest on actual things, but in the process of abstraction may either be blown out and isolated from their contexts, or isolated to be stuck into other narrative threads.

What this election result demonstrates, more than any other election result, is the degree to which our experience of the things themselves have become overtaken by the abstractions of things, of places, of people, of communities, of commerce, of events. Under such conditions, abstractions (on which we come to devise policy platforms) are no longer true images – icons – of people, but playthings to be manipulated by sociopolitical entrepreneurs.

If this lies at the heart of the present state of affairs, then one temptation to guard against in coming to a response to a Trump presidency is basing the response on a the same processes of abstractions that put him in the White House. If hyperreal images of things lie at the heart of the malaise, an important facet of the response might be a process of metanoia, a radical turning away from abstractions and simulations we have long taken to be reality (as an aside, it is interesting that in the Latin Vulgate version of scripture, “simulacra” was the word used for “idol”) and, to use a catchcry by Husserl, a return to “the things themselves”.

A return to the things themselves may require a desire to pay close attention to the depth and nuance what is actually in front of us, rather than the flattened out veneer that flashes across the screens of our smartphones. It may involve a return to the insignificant or mundane things (and people) we can do something with or about, and a turn away from the dazzle and the gargantuan spectacles we can do little or nothing about. It may mean realising that our vocation is not in the great winds and mighty earthquakes that shakes our world to its fundaments, but the soft whispers that brush up against our ears and our very paths. 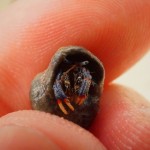 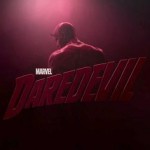 November 22, 2016 Podcast: On the Catholicism of "Daredevil"
Recent Comments
0 | Leave a Comment
Browse Our Archives
get the latest from
Catholic
Sign up for our newsletter
POPULAR AT PATHEOS Catholic
1

Your Choice: The Eucharist or the...
On the Catholic Beat
Related posts from The Divine Wedgie