While teaching political philosophy at Campion College Australia, one minor thread of the course related to the impact that commercial and consumer cultures, such as the ones entrenched in Australia, have on the expression or maintenance of a thoroughgoing Christian identity and practice. It was suggested that these consumer cultures do not sit neutrally when set flush against a Christian culture. Rather, consumerism operates with its own cultural logic.

In a book entitled Cities of God, the Oxford University Regius Professor in Divinity, Graham Ward, argued quite forcefully that secular lifeworlds, such as consumer culture, actually house a logic that mimics, distorts and eventually undermines the lifeworld of Christian faith and practice.

A way to take the lesson out of the classroom, and see the dynamic of mimicry and redirection in practice, would be to consider the juxtaposition between two structures that mark most western (and many non-western) urban skylines: the neo-gothic cathedral and skyscrapers.

If one were to look at say, Sydney’s St Mary’s Cathedral, the first thing one notices when standing in front of it would be…

Read the whole article at The Catholic Weekly 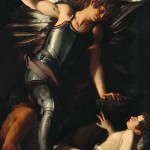 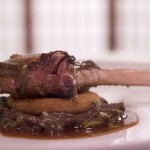 January 24, 2017 Let My Porkchop Go: Against the Recruitment of Everything
Recent Comments
0 | Leave a Comment
Browse Our Archives
get the latest from
Catholic
Sign up for our newsletter
POPULAR AT PATHEOS Catholic
1