Out of Body, Out of Mind

In 1975, long before the age of social media, an experiment was conducted at Stanford University. The experiment first provided a false impression regarding a person’s ability to distinguish real suicide notes from fake ones, and the candidates were subsequently presented in the face of the facts.

The experiment found that, even when presented with the correct factual evidence, the candidates stuck with their conviction their initial impressions overrode the veracity of the facts.

This phenomenon, known as “confirmation bias”, was then tested recently, in an age awash with social media.

A similar type of experiment was conducted, and the findings showed another twist: the more the facts were presented to the candidates, the more they held to the conviction that the false impression was true.

Read the full article at The Catholic Weekly 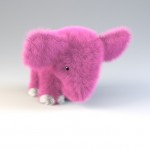 July 25, 2017 God and the Pink Elephant
Recent Comments
0 | Leave a Comment
Browse Our Archives
get the latest from
Catholic
Sign up for our newsletter
POPULAR AT PATHEOS Catholic
1

Dale Ahlquist is on a mission...
Chaos and Old Night
Related posts from The Divine Wedgie