That is the catchcry of a lot of Christians of varying stripes nowadays. Fidelity to the tradition is now often framed – and even more often, obnoxiously – in terms of a conformity to a supposed universal standard of fidelity, usually framed in terms of outward observance in worship, or accepting certain positions that are deemed indispensable to the observance of the tradition.

It is a trend that is accentuated by two things in bourgeois culture. The first is the saturation of digitally facilitated enclaves, where belonging is a strictly policed affair and the slightest diversion of opinion can become the occasion of an online witchhunt (or worse…unfriending…). The second is the rise of identity politics, where identity is now framed in terms of a dialectic against those that are marked as “the outsider”, a phenomenon that we are witnessing at every point in the political spectrum.

In short, instead of saying as one “Jesus is Lord”, the conflation of Christian fidelity to conformity is now causing a myriad of voices to each take up the motto of Highlander, “There can be only one”.

The Christian would not deny that there can only be one God, or deny that the Christian life is a demand to conform oneself to Christ. That is not the issue here. What is at issue is the demand for conformity to Christ to be synonynous with conformity to a whole slew of institutional, cultural, social and political standards. When set in these terms, multiplicity and difference are very often regarded as threats to being faithful to the God whose nature is love. To be fair, conformity intensifies the need for change, some might even say a conversion, a self-emptying that analogues the self-emptying of God, and thus an act of love that reflects the love of God.

Be that as it may, it must be said that God’s love was rarely expressed in terms of a conformity to sameness. Rather, expressions of love was set in the contact of relations marked by a thoroughgoing difference. The ancient fathers spoke about this relation when referring to the Trinitarian form of love expressed by each person in the Godhead.

We must say that the distinction and multitude of things come from the intention of the first agent, who is God. For he brought things into being in order that His goodness might be communicated to creatures, and be communicated by them; and because His goodness could not be adequately represented by one creature alone, He produced many and diverse creatures, that what was wanting to one in the signification of the divine goodness might be supplied by another…Hence the whole universe together participates in divine goodness more perfectly, and signifies it better than any single creature whatever (1a, q. 47, a.2).

In light of this difference and multiplicity, rather than obscuring the designs of God, come to express divine charity. Emmanuel Mounier put it best when he said in his Personalism that

Lest one would say that this jettisons the need for conversion that conformity would demand, others, such as Aaron Riches and Creston Davis, would argue that when difference and charity are coupled, the demand for transformation is also accentuated, since the kind of fidelity demanded here is not a conformity to a static form, but a constant process of recognising one’s own limitations to express the love of God and to strive to better reflect the superabundance of a Triune God. 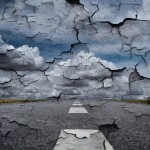 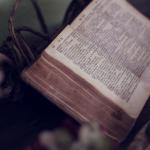 Being Thankful When You Do Not...
suspended in her jar
Related posts from The Divine Wedgie