Singing Psalms With Angels and Demons

There comes a point for those who do the Office of Readings where one has to read Psalm 135 (136). It is a long psalm, so long that the one psalm alone takes up all three readings of psalms in the Office of Readings. Furthermore, every second line in the psalm is a repetition of “for [God’s] love is everlasting”.

When I first saw what was on the cards for the Office, my first reaction was to moan. “Not this psalm again”, I groaned inwardly, turning to notice the little devil on my shoulder, looking at me and giving voice to my groan whilst taking a long drag on his cigarette.

“But”, the angel that just popped onto my other shoulder with that satisfying *poof* of smoke would say after an equally long drag of her cigarette, “this is what Holy Mother Church is praying”. So, I concluded, I will pray it, like a good Catholic.

O give thanks to the Lord for He is good,

for His love is everlasting…

Who alone has wrought marvellous works,

for His Love is everlasting…

Whose wisdom it was made the skies,

for His Love is everlasting;

Who fixed the earth firmly on the seas,

for His Love is everlasting…

All of creation was made, to be sure, but the Psalm’s repetition of God’s love remind us of something else that is coursing through every act of making – the great lights, the moon and stars – listed in the stanzas to come. The order of creation is not merely a sign of divine authority, it is also a act of divine benevolence. It is love for which the power exercised by God is exercised. Every repetition of “for His love is everlasting” is a reminder of that love pulsating through the cosmos.

As the psalm goes on to encompass the events in Israel’s history, divine benevolence to Israel is once again invoked as the ordering principle of that history, and the rationale seems as simple as it is scandalous…Israel was nothing, it was in distress. In the eyes of the world, such entities have no order, and here we see a historical manifestation of the divine creation ex nihilo. Conversely, divine love also deconstructs the outward signs of order in the eyes of the world, the indices of order in the saeculum, “nations in their greatness…Kings in their splendour”.

Just as I was about to get lost in the exhilaration of this realisation, something happened. The repetition got to me.

“The repetition is getting to you, innit?” My shoulder devil said whilst lighting up another cigarette, his mouth not moving at all. “It just goes on and on…Love is everlasting…Love is myeh myeh myeh! North Korea is going to fire a nuclear weapon, which means that Trump will fire another nuclear weapon. You can barely afford a house. Where will your job be in the next year? Did I mention terrorism? Everlasting love, indeed…”.

I did notice that the repetition meant that I was not expecting that affirmation of divine love with the same eagerness as I read through the psalm. After a few repetitions, divine love seemed to fade into the background. Creation was just creation, history was just history, and Israelites’ taking the spoils of war from Egypt, the Amorites, Bashan et al was starting to look like every war that occurred since, distant and untouched by the hand of God, or worse, an act of violence that invoked the name of God to legitimise it. What was more, Divine love was a motif that I felt was fading into the background of my life, making my existence a distant object, similarly untouched by God’s love.

There I was, caught up in my own thoughts about my own life as my eye glided down the psalm…then the angel of the Lord blew a cloud of incense-scented cigarette smoke into my face (sidenote: the second reading included a line from Irenaeus of Lyon that said “For as John says in the Apocalypse ‘incense is the prayer of the saints'”).

To the God of heaven give thanks,

For His love is everlasting

“Congratulations”, the angel said unto me. “You have just offered up your impression of abandonment over to Divine benevolence. The boss has a way to taking up things like that into Himself. You have spoken honestly, so all will be well”. He extinguished his cigarette, turned and walked towards the light. “Toodles”, he said, leaving me blinking and staring back up into my room, with “for His love is everlasting” doing loops in my head as my eyes reached the line in the Office that read

Let us bless the Lord

Thanks be to God 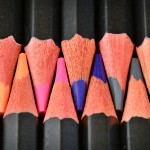 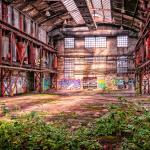 August 25, 2017 Towards a Kenotic Identity Politics: Migration, Transformation & the Eucharist
Recent Comments
0 | Leave a Comment
Browse Our Archives
get the latest from
Catholic
Sign up for our newsletter
POPULAR AT PATHEOS Catholic
1