Repost: The Politics of All Saints Day

Nota Bene: This is a repost of a piece published 5 years ago today , on the Feast of All Saints.

At the time of writing (2012), The Sydney Morning Herald had reported on the Australian government’s proposal to excise all of the Australian mainland from the migration map, as a means to curb asylum seekers who arrive onto the mainland by boat (and for some reason, only by boat) to apply for refugee status. The measure effectively makes all irregular migrants that arrive by boat illegible to automatically apply for refugee status under the United Nations’ Convention Relating to the Status of Refugees, and mandates their transfer to a number of islands in other countries (including Papua New Guinea and Nauru) for processing by the Australian Government’s immigration authorities. This is an addition to the previous government’s removal of offshore islands from the migration zone, and effectively makes the entire country disappear from the map for migration purposes.

One could go on about how this measure by a seemingly progressive government exceeds even what the (then) previous conservative government imagined. One could also go on about how such a measure constitutes another stage in attempts by both sides of politics to play on voter sentiment against such arrivals, given the imminence of a federal election. However, this post will focus on focus on how such a measure is symptomatic of the secular imagination’s tendency to eventually crash upon itself, as hinted by Charles Taylor’s A Secular Age.

To wit, note how the measures pertaining to irregular migration have often been justified on the basis of an assertion of state sovereignty and the jealous protection of its borders. Asylum seekers, the argument goes, undermine state sovereignty by having an international convention take away the capacity of the state to decide who gets to live within its own borders. Yet, in the drive to protect the integrity of those borders and assert the state’s presence for the purposes of migration, the state has now resorted to a measure that gives no substance to those borders and negates the state’s presence.

This little observation dovetails into one oft-overlooked aspect of Augustine’s famous critique of the lust to dominate in his City of God. Augustine noted that in the quest to act on that lust to dominate others, all will eventually themselves become dominated without their knowing, and will eventually obliterate our very selves. That same self-negation can be gleaned by looking at the effects of trying assert the glory that comes from sovereignty over aliens located outside jealously guarded borders. But the question arises, what alternative? And what can the Church add to the civic imagination on this issue?

The grounds of an answer is located in the Feast of All Saints, which the Church celebrates the day after the release of this Herald report. For the Feast of All Saints, as much as it is a celebration of our models in the faith, is also a declaration of that strange polis called the Communion of Saints and the Body of Christ, a polis which sits alongside and sometimes across the civic polis. As each member of the Church in every place and time becomes part of that single Body (as Paul wrote in 1 Cor 12:12), so does the polis called the Church stretch across every time and every age – past, present and future – all the way to the eschaton. Indeed, it is interesting that this Feast originally included Mary in the name of the Feast (ie the Feast of Mary and All Saints), with Mary often recognised within Catholicism, Anglicanism and Orthodoxy as an eschatological figure. This future/eschatological horizon within the Body of Christ gives those within the body of Christ pause to consider whether anyone can in any age consider someone to be outside the borders of the Body of Christ. In other words anyone, even those currently outside the Body of Christ, are potential fellow-citizens. As William Cavanaugh indicated, this is a form of citizenship without outsiders and is one that is celebrated everyday and everywhere, on the Eucharistic altar. Ironically, it is this notion of a polis without outsiders that ensures the longevity of the polis, rather than the assertion of an enclosed state.

On this Feast of All Saints, the Church declares in the Communion of Saints the manifestation of that Eucharistic Body. It is a body that stretches with Christ across all times, spaces and ages. Thus, the Communion of Saints comes with borders of a different kind, one that is open to both the past and the future and acts on it in the now. One sees an earthly manifestation of this in the Levitical law pertaining to the treatment of resident aliens (Lev 19:34), mandating the opening of borders to such aliens as part of the Mosaic program of training in holiness. The resident alien, in the Mosaic code is not a complete outsider, but a reminder to natives that even they were once aliens in a foreign land. In a similar way, the Body of Christ, who fulfils the Mosaic law, acts as a moment of judgement on the jealousy with which we in the civic body guard our borders, assert our presence, and demarcate outsiders.

Many, including many Christians, can come up with the excuse of the impossibility of translating such a stance into state policy. This post does not pretend that easy answers exist, but hiding behind the shield of difficulty sidesteps one important point: Divine judgement is as much dependent on our bodily behaviour as our internal dispositions. Therefore, because the eschatological horizon reminds us that there are no outsiders in the Body of Christ, the way in which the civic body acts, even to what it calls outsiders, will be marked by Christ’s reminder to us recorded in the Gospel of Matthew: Inasmuch as you have done this to the least of my brethren, you have done it to me (Matt 25:40). 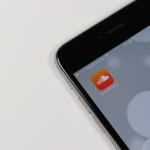 October 26, 2017
From the Vault: Divine Wedgie Podcasts on Soundcloud
Next Post 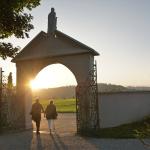 November 10, 2017 Don't Be Blind to the Paradoxes of Faith
Recent Comments
0 | Leave a Comment
Browse Our Archives
Follow Us!

Extra Quotes from My Interview with...
On the Catholic Beat
Related posts from The Divine Wedgie