Indian rapes and German rapes: a tale of Neo-Imperialism

We have talked about the unethical ways of the documentary – India’s Daughter – made about the Indian girl who was raped brutally in a moving bus.  All sane and normal policies of depiction of death and rape in Europe in general and in particular in UK were jettisoned!  Why was it necessary to provide voyeuristic details of how the entrails of the girl were taken out and then disposed off, for example?  Or how the unrepentant rapist-killer thought she brought it upon herself?  Also pertinent is how this documentary would impact the justice in this case as the case is sub-judice?  In the first two articles we had discussed these in detail.

Now we will take this discussion further.

The writer maintains that there has been a concerted effort to “paint the Indian Male black” by the film maker, Leslee Udwin and her sponsors, including the BBC.  It is now coming to light that the movie shown in “preview” to garner public support for it initially was a “balanced” version where it ended with “worldwide statistics highlighting violence against women from Australia to the US”. It had cited statistics in the West.

… its original version included evidence that in many countries in the West the incidence of rape is actually much greater. In Britain, the official Crime Survey for England and Wales 2014 estimated that there are 85,000 rapes every year, or one every six minutes. Equivalent US figures suggest that 1 per cent of all women are sexually assaulted each year, one every 25 seconds.

When the movie was shown on BBC and subsequently screened elsewhere, the entire reference to the Worldwide statistics were cut out.

But when the final version emerged, all this had been cut out. India was shown standing alone, as a country where rape is an exceptional problem.

As Christopher Booker very aptly puts it: “If there is a cultural problem here, it is the longstanding desire of the Western media to stereotype Indian males as sexual predators”.  All this has its own impact.  As has been shared on Quora, a question that went viral soon after – a German professor refused internship to an Indian student because of “rape problem in India”.

What is a crime and happening – in far larger numbers actually – in the West as indeed the rest of the world, India has been instantly singled out as the lone society with such a national mindset.  Imagine extrapolating Shylock’s mindset to that of European male ethos.  Something of that proportion has been attempted with Indian men.  And by at least one account – which was rather crudely articulated and exposed – it has succeeded.  It will remain a mystery how many Indian men would face such discrimination covertly.  We are the bearers of the rapist’s burden!

Recently, a colleague of mine got this reply from a Professor at the Liepzig University. What should he do?

He is being denied an internship opportunity just because he’s an Indian male and might rape?

Update 2:
Here’s another screenshot where you can verify for the domain name of the university.

Later the University took out a press release condemning and distancing itself from the Professor’s actions.  And the German ambassador to India apologized for the action of the Professor.

A country where a female professor is fearful for her women students because an Indian male “hound” is going to be amongst them, apparently would be one where women are completely safe and justice available completely.  Right?  WRONG!!   It now seems that the German situation in rape cases is abysmal.  Here is an interesting look:

When a rape court in the state of North Rhine-Westphalia acquitted the alleged rapist of a 15-year-old girl in 2012, women’s rights advocates were outraged.

The ruling found that saying no, or even screaming it, wasn’t enough to merit rape charges.

Now findings from a new study indicate that case was hardly unique, despite aEuropean initiative to step up efforts to stop violence against women.

The number of German rape cases ending in convictions has plummeted from 22 percent to 8 percent over the past 20 years, according to a study released by the Hanover-based Criminological Research Institute of Lower Saxony.

From 22% to 8% conviction rate – that’s an alarming drop.  But even more alarming is how the German rulings now are siding with the rapists as opposed to the victim!  If one goes deeper into the German society, one finds that this IS indeed representative of the German male mindset.  Not just that, justice is now a function of your wealth in Germany.

As the article points out with respect to the attitudes toward women – things aren’t as hunky dory as they are made out to be.

There’s been virtually no change in popular attitudes about who should raise children — women, of course — according to another recent study.

Fewer men, and more women, today say they’d be willing to relocate for their partners’ careers than a decade ago.

And working women are still derided as “Rabensmuetter,” or “raven mothers” — an allusion to the belief that the birds push their chicks out of the nest before they’re able to fly.

That women are being treated unfairly and the definition of rape as a crime is heavily loaded against them is bad enough, that the prosperity of their state and location becomes a major criteria in resolution and conviction rates is a triple whammy.

Pfeiffer distinguishes the states in six groups. Three are in the top three are at the bottom. In the so-called poor countries the conviction rate of rapists is four percent, in the rich countries, it takes 24 percent of the charges for the procedure. At the same time the rapes have decreased over the financially better-equipped German states since 1994/95 to 30 percent. In the worst performers, it is the other way around. Here, the cases have increased by over 40 percent. (Translated into English from the article)

Unlike Germany, in India wealth of a state is not negatively correlated with the rape convictions.  For, Maharashtra is a far richer state than UP is.

Look at all this with the understanding that Indian population is ~ 15 times that of Germany!!

If statistics are used properly, one sees that suddenly India seems like a heaven and Germany, a country of uncouth and rapist men where women have no recourse to justice in rape cases.  In a rational world, it dawns on one that if an Indian women was to deny a German man an opportunity to work around her, then that would be quite in order given the national trends in that country!

But is that how things ought to work?  Do we extrapolate Peter’s ethics and morality on Paul to feel secure in our limited mental cocoons? 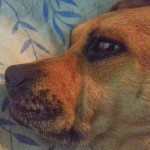