The time when I defied the odds

When it cannot be done, it is then that it must be done! In between all those heavy political and spiritual posts, I just wanted to share this one for a change of flavor for a bit. It was way back in 2003 that I had gone to India after long, protacted and very bitterly fought legal battle over the family house that my Grandfather had built.

In Indian courts many things happen, and in my case, I had had some bad experiences with incompetent and bad legal advise and representation, until I came across a very good friend who helped me wade through my law suit. The law suit had been filed by my Aunt against us, the family of her deceased brother. After she filed a fake will in the courts which said – in English – apparently signed by my Grandmother in her last days. For someone who did not know a word of English, that was a remarkable turnaround! I had then negotiated for a simple solution of sharing the spoils by selling the house. We had found the buyer who had been found to be credible and have financial strength as well. Everything set, I booked my ticket for India.

I knew that I would have to hit the ground running when I reached there. And that is how it was. Despite the negotiated settlement, my Aunt’s attorney wasn’t about to let go of the monthly dollars he was getting from her. So he started acting up in the courts. Seeing no other way, I told my friend-lawyer, that I am going to take him on and will play the bad guy, and he can do the good guy thing. With that I just went after the opposing attorney in the court building itself. It wasn’t a pretty sight, but it totally rattled him up. And I pointed to my Aunt how she was being taken for a ride and why she should have been sure about her camp before she called me to India. Everyone came to calm me down, specially my lawyer who was to play the good guy! But the little burst helped big time!

We went to the courts finally and the whole negotiated settlement was decreed. During this time, I was with my Mother. She wasn’t well, so she used to stay at home. I would roam all day and get food for her as she was home and unwell. When I felt that I would not be able to handle both – taking care of the whole house thing and her health, I dropped her to her sister – and my dear Aunt’s place – in Chandigarh.

From then on, I worked on getting the deal through. The decree which was announced had to come in paper form and that in the normal course takes 3 months. I worked behind the scenes with the folks who knew the court officials to expedite the whole thing. After an effort of two weeks, the decree had reached the penultimate desk (there were 5 folks who had to sign and as many peons between those desks to handle!) when the guy put an objection and sent it back. And it was Thursday. I was leaving from India on Sunday! I started the whole thing again – but had it on steroids as it were! Finally on Friday we got the signed decree back. Signed.

By then I had made all the arrangements for the sale to happen and the new apartment to be bought. It was important to get the new place in the right area. I wanted the new place to be near the old one, yet not too expensive – within my budget, near the market, near a park, near a hospital so my Mom could go on her own when needed. So the new house had to be just right. And, it was!

The decree was there. It was Friday and the next day the Shraadh (or the period when new beginnings are considered inauspicious) was starting. Whether I believed in it or not, my Mom did. So, I quickly took the possession of the new house and moved in with some basic stuff. Had paid off the main bulk of the money as I took an advance from our buyer the day before the final settlement. He obliged!

I took a Pandit and did the puja and we were in business, as it were. The next day, I took along my Chartered Accountant and his staff, who helped me investment and handle the money. The entire family, including the cousins, was there at the venue where the final settlement and money was to exchange hands. When the whole deal was done, and the CA took the money after proper checks, I and everyone walked out of the place with nothing in our pockets. .carefree! Something that sends jitters to people, ultimately happened perfectly for us, thanks to some good planning and friends around me.

After that we all – my sister, cousins, friends and I – worked to send decades worth of stuff to the new house. It was easy to empty a house that has seen three generations live in it! It was overwhelming from the emotional standpoint as well as operational standpoint. I took a basement on rent under our building to help store the stuff for sometime before it could be settled in the house.

On Saturday night, everything was shifted. And we came together in the new house! That was our first night in the new house. It was spacious and nice, in a great neighborhood! I just loved the place. On Sunday, I left for US.

My Mom stayed in that apartment for some years and finally 2 years back, it was sold and it helped my sister buy her dream house in Gurgaon.

When I had started the whole process in India, I was told that to do what I intended to do in 2.5 weeks was an outlandish dream. Getting a decree finalized, selling one house, putting the money away properly, and then buying a new one, and shifting everything in one shot! Just one of those activities takes weeks for normal people. But I had just taken the thought that something cannot be done if one is totally focused on it completely. And it happened! Not because I was great, but because I was surrounded by some very good people who helped me through it all. 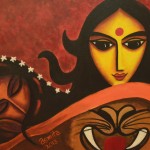 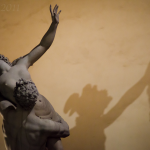 March 19, 2015 Indian rapes and German rapes: a tale of Neo-Imperialism
Recent Comments
0 | Leave a Comment
Browse Our Archives
Follow Us!