Homosexual Marriage – “Born That Way” Is A Myth with Frank Turek

Whenever I come across someone who claims that homosexuals are “born this way” and therefore should be afforded all the same marital rights as heterosexuals, I start by simply asking this one question:

If there is a homosexual gene, how is it passed on?  Homosexuals don’t reproduce.  It’s impossible.  So, how does this happen?

And, if there is some sort of recessive gene in there somewhere, you would think this would have been eradicated by now.

I discussed this with a homosexual friend of mine who says that he was born gay because from his earliest days, when he was eight or nine-years-old, he was attracted to men, not women.

Does anyone know anything when they are born?  Born that way?  Certainly, no one’s earliest memory includes being born, and even if that were possible, I’m certain that it doesn’t involve their sexual orientation.

You don’t know if you’re born a certain way.

But even if homosexuals are “born that way”, that’s not the issue.  This is actually a Design Argument.  People who take this stance are saying, “God designed me this way, so therefore I must behave this way.”  Now wait a minute.  If you’re going to say that God designed your desires, then you must admit that He designed your body as well.  The best you can say is that there is a wash, or null result.  Because He made you with a body designed for heterosexual relationships, but desires designed for homosexual relationships.

Also, the nature or nurture question is irrelevant.  The issue is behavior, not desire.  We all have desires that we ought not act on.  In fact, we all have an orientation to do bad things.

Desires, whatever their source, do not excuse bad behavior.

However, because you’re born a certain way does not mean that you should behave that way.  We are all born with a sin nature, or depravity.  This is why we are in need of a Savior.

Most of us are born with some sort of sexual abnormality.  It’s not God’s original intention, but since the fall of Adam and Eve, we are all born wanting too much sex, too many partners, or whatever… but it doesn’t mean that we ought to act that way.

The principled restraint of destructive desires is called CIVILIZATION.

Consider “Marshmallow Experiment”, where experts analyzed children’s impulse control and willingness to delay gratification, in relationship to future success.  In the experiment, they gave a kid a marshmallow and then left the room.  But, before they left, they told the child that if they could hold off from eating it for 15 minutes, they would receive more.  Some kids restrained without an issue.  Other kids, who couldn’t help themselves, ate the first marshmallow down right away. Then there were kids in the middle who wouldn’t eat the marshmallow, but merely lick it to get a taste.

We, as responsible people, must learn to say NO to many things.  And, more often than not, sex is one of them.

Sex is like fire.  It’s great if it’s in the fireplace, but if it’s anywhere else in your house, it’s going to burn your house down.

It’s got to be kept in the right place. 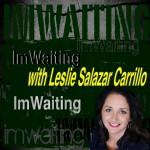 November 11, 2015 I’m Waiting 6: Changing Lives with Proper Propaganda, with Merv Mattair
Recent Comments
0 | Leave a Comment
"I agree. Believing we are the hands and feet, sounds cool, but I believe leads ..."
Grant The Big Picture Podcast: Are We ..."
"Psalm 137:9 has been explained over and over again. For one thing, I highly suggest ..."
Candy Smith WWUTT: Women Must Be Silent In ..."
"jordan peterson is wrong about nearly everything."
kyuss, cannabis farmer The Best Thing You’ll Hear This ..."
"But isn't it important to know why the Bible is true? Shouldn't we look for ..."
Gary M The Best Thing You’ll Hear This ..."
Browse Our Archives
Follow Us!

How Can You Know If You're...
Preventing Grace
Related posts from Christian Podcast Central